JetsInsider.com > News > Blogs > Part 2 of 2: Which free agents should the Jets look to retain?

Part 2 of 2: Which free agents should the Jets look to retain? 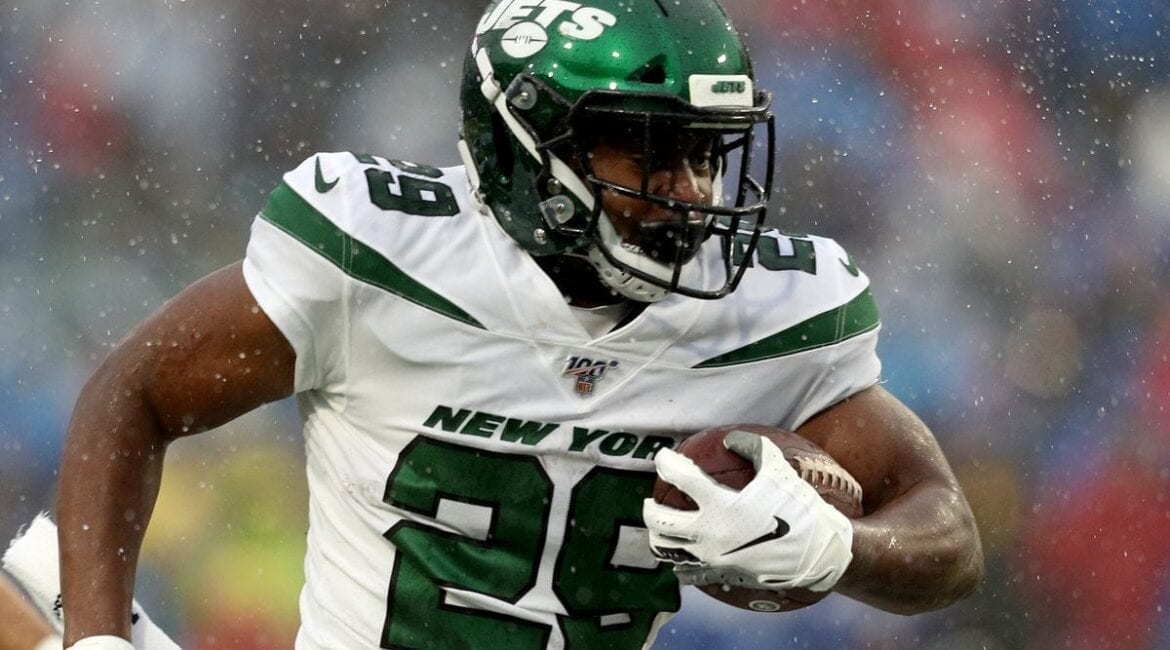 The Jets have 30 players set to see their contracts expire once the new league year begins in less than two weeks. Yesterday, we went over some of the more important free agents that are set to hit the market. But what about the seldom-used pieces? Which role players actually bring value, and which ones do not bring much of anything to the table?

The Jets cannot be taking their offensive line rebuild seriously if they retain Qvale. Over 1,007 career snaps, he has been called for 16 penalties (a rate nearly double the per-1,000 snap tackle average of 8.5), allowed 35 pressures, and consistently been a poor run blocker. Just move on. Score: 0/10

Ficken posted the fourth-worst field goal percentage (70.4%) and third-worst extra point percentage (88.5%) among qualifiers in 2019. He made only three of six field goals before joining the Jets, and none of those attempts were from 50-plus yards out. Pass. Score: 0/10

Luvu struggled in the season opener and became a non-factor on defense afterward, playing just 44 defensive snaps from Weeks 2-17. He was a key special teams piece, ranking fifth on the team with 211 snaps as he appeared on five of the six units (all except for field goal protection). While Luvu led the team with seven special teams tackles (tied for 24th-most in the league), he also led the team with six missed tackles (tied for third-most in the league). Score: 2/10

Edwards has improved year by year throughout his career. Since Edwards was drafted in 2016, the Jets have ranked 32nd, 22nd, 14th, and fourth in punting DVOA.

Advanced metrics do not like the Aussie legend quite as much. In 2019, he ranked in the 10th percentile of PFF’s punting grade and in the third percentile of average hang time (4.19 seconds).

Is Edwards a bad punter who has been bailed out by great coverage from his teammates and some sheer good luck? Will he eventually fall back down to earth and sink his punt team? Or, is Edwards as good as the Jets’ punting efficiency over the past two years says he is?

The only fact in this discussion is that the punt team has not been an issue for the Jets over the past two years. Over 169 punts, they have not allowed a touchdown, their longest return allowed went for 24 yards, and they have only yielded four returns of 20-plus yards. Just keep riding that success. Score: 7/10

Lewis is one of the few Joe Douglas pickups who played significant time in 2020. He is not a good player, but it can be argued he was their least-bad interior lineman. In 2019, Lewis ranked in the 27th percentile among qualified guards in overall Pro Football Focus grade.

The Jets need to do everything in their power to make sure players of Lewis’ caliber are not starting in 2020, but they have five spots to fill up there. It is going to be a difficult task to overhaul the entire unit in one offseason. I think there is a decent chance Lewis fills a starting guard spot going into Week 1, opposite of a big-ticket signing like Joe Thuney or Graham Glasgow.

Bringing back Lewis for depth wouldn’t hurt. He can compete with a potential late-round selection and provides some continuity (although, is the continuity actually a positive if it stems from something negative?).

This all just boils down to the fact that everything cannot be fixed in one offseason, and thus some placeholders are going to be needed. Score: 4/10

Canady had some solid flashes throughout his short stint with the team. From Weeks 11-17, Canady allowed only 0.56 yards per cover snap, seventh-fewest among 120 qualified cornerbacks over that span. I personally don’t think he played quite that well, but he was surely respectable at the least. The Jets can use all of the help they can get at outside cornerback. Bring him back! Have him compete! Why not? Canady, Blessuan Austin, and Arthur Maulet each enjoyed shockingly solid finishes to the season. Having them battle it out for a starting spot would be a prime example of how to conduct a productive camp competition. Score: 5/10

The soon-to-be 34-year old McClellan was tossed into the fray at linebacker for a short stint against Dallas and looked horrendous, but that’s not his bread-and-butter. He has carved out nine years in the league through elite special teams play. The Jets saw flashes of that, most notably in Week 3 when McClellan racked up four special teams tackles. He failed to make a tackle in any of his other four games, however, missing two and committing one penalty.

McClellan was solid as a special teams player in 2019, but not quite the dominant special teams ace he was at times in Baltimore. As a player who clearly cannot be used on defense anymore, he has to be excellent on special teams to have value. The Jets have plenty of good pieces on that unit, which has been elite over the past two seasons. They can find better ways to use a roster spot. Score: 1/10

The Jets need to be cautious with Jenkins. He is a perfectly average player that is worth having around, but there is no reason for them to break the bank for someone who does not move the needle at all.

In 2019, Jenkins ranked 63rd among edge defenders with 31 pressures and placed 47th out of 61 qualifiers in pass rush productivity (per-snap pressure rate with greater weight to sacks). His best season as a pass rusher came in 2018, when he ranked 49th with 35 pressures and 27th in pass rush productivity out of 58 qualifiers. Throughout his four-year career, Jenkins has averaged 29.3 pressures, ranking 64th at his position on average.

His run defense hardly makes up for that poor production in the passing game. He has ranked no higher than 52nd at his position in run stop percentage, placing 62nd out of 80 in 2019 as he recorded a run stop (run game tackle that constitutes a negative value result for the offense) on 4.5% of snaps against the run. Jenkins’ strong edge-setting certainly goes unnoticed by his run stop totals, but some gritty run defense does not make up for mediocre performance as a pass rusher.

The Jets cannot fix everything this offseason, so they might not have a premium free agent signing or draft pick up their sleeves for the edge spots. In that case, keeping a decent starter around for a reasonable total would be fine. Joe Douglas and company just cannot go crazy to keep an extremely replaceable player. Score: 4/10

The addition of Montgomery was initially overlooked by most on the outside, but as the offseason went on, it appeared he was poised to play a major role in the offense. That never happened. Montgomery got only 32 carries throughout the season, averaging 3.2 yards per tote and an astoundingly poor first down rate of 6.3% (just two first down runs). It is hard to blame the backs for their rushing production given who they were running behind, but Montgomery was not effective as a receiver, either. He saw only 17 targets, catching 13 passes for 90 yards (5.3 per target) and three first downs (17.7% rate).

Montgomery was able to steer clear of any drops or fumbles, but he did not add anything in pass protection. He only protected on 11 snaps and struggled with those, ranking 101st out of 106 qualified running backs in pass blocking grade.

Sometimes fans and media claim that “team X needs to add speed” without actually having a legitimate reason why, but in this case, the Jets really could use some juice in the backfield. Bell is a great player. He will take full advantage of well-blocked plays and do all of the little things well. The one trait he does not have at a high level is long speed. That is a huge reason his YPC was poor on a game-to-game basis in 2019. He could never find the one or two 50-plus yard explosions to boost his numbers and mitigate the offensive line. Not having that ability is fine – Bell has been great without it and will continue to be if the Jets can boost the offensive line to a competent level – but the Jets need somebody behind Bell who can come in and provide big plays at a strong frequency. Montgomery is not that player. Score: 2/10

Powell has been phenomenal throughout his career with the fundamental facets of the running back position – pass protection, drops, receiving ability, and ball security. Outside of his ball security (zero fumbles), Powell was not the same in these areas this past season.

In pass protection, Powell yielded four pressures over just 23 snaps in protection, a career-worst rate of 17.4%. Over the previous five seasons, Powell gave up only 11 pressures on 185 protection snaps (5.9%). Powell’s pass blocking grade of 38.3 ranked 90th out of 106 qualified running backs in 2019.

Powell was unproductive as a receiver, averaging career-lows of 0.52 yards per route run (84th out of 90 qualified running backs) and 2.5 yards per target (87th).

Powell has put together a highly respectable nine-year career with the Jets. His total of 109 career regular season games played ranks eighth in franchise history among running backs. He is also eighth in rushing yards, with 3,675. But all good things must come to an end. The Jets need to move on and find a speedy burner who can compliment Le’Veon Bell’s methodical, patient style. Score: 2/10