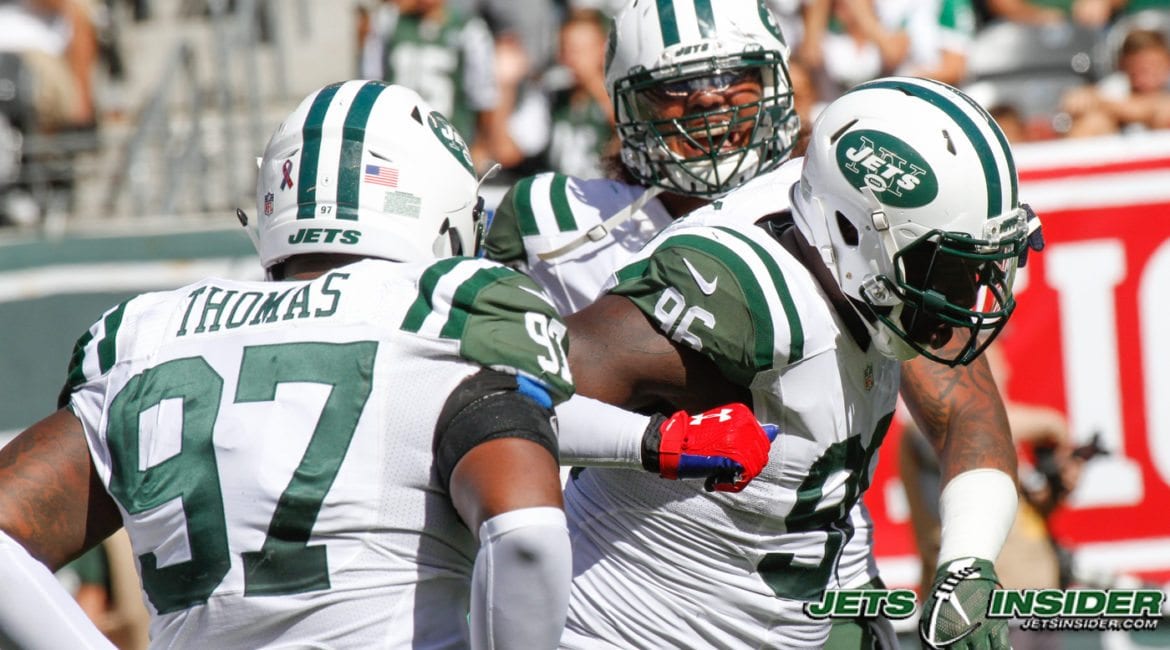 Florham Park, NJ – The New York Jets are looking for some Christmas magic to send their fans home with a gift: a victory against the Los Angeles Chargers. Christmas Eve’s matchup between the Jets and Chargers marks the final home game of the season for New York. The Jets are 4-3 at Metlife Stadium, which is a positive they can take away from an otherwise dismal season. They host a Chargers team that is 3-4 on the road, three of those four losses came in the last four road games.

The Chargers and Jets are familiar with each other. Through 36 meetings between the two teams, Los Angeles leads the series 21-14-1. One area of the meetings that the Jets have had success in is playoff match ups. New York beat Los Angeles (then known as San Diego) in the 2005 AFC Wild Card game 20-17 in overtime and then again in 2010 in the AFC Divisional game 17-14. Home-field advantage hasn’t phased the Chargers as they won seven of 13 games on the road against the Jets. Here are some things you should watch out for this Sunday.

Bryce Petty Audition, Take Two – Sorry Jets fans, but it seems Todd Bowles and management are giving Petty another shot. Not that there’s a better option behind him in Christian Hackenburg, but if last Sunday’s performance against the Saints is any indication, it’s gonna be a long game. Petty completed less than half of his passes against New Orleans, which is a long drop from Josh McCown who completed 60-70 percent of his passes. The question on everybody’s mind is how much leeway is Bowles giving Petty. You gotta think that Petty’s performance Sunday will have an impact on Bowles’ decision on who to start under center against the Patriots New Years’ Eve. With the amount of games left and considering Petty’s 2017 debut, it’s not looking good for the former Baylor Bear to prove he’s the franchise QB the Jets have been long-searching for.

Muhammad Wilkerson Returns – Though it won’t be as triumphant as it could sound, it will be welcoming to see No. 96 back on the field. Wilkerson’s “benching” was his second of the season, the first coming for the first quarter in the Chiefs-Jets game. Bowles made the decision to bench Wilkerson against New Orleans for being late to a team meeting on Friday, and the defensive line couldn’t pick up the slack. They only got to Drew Brees once but didn’t record a single sack the entire game. This isn’t to say that the Jets can only get sacks whenever Wilkerson is on the field, but fans have to admit he adds more pressure to opposing quarterbacks, whether or not he gets to them.

Pro Bowl Snubs – While it shouldn’t disappoint fans that no player from the Jets will represent the team in the NFL version of the All-Star Game in Orlando, Florida, it weighs heavily on the players’ minds. We all remember Robby Anderson’s campaign for the Pro Bowl against the Carolina Panthers, yet he wasn’t voted in. Jamal Adams was having a great rookie campaign, but he wasn’t voted in either, although he was fine with the decision.

“I hold myself to a higher standard,” Adams said. “I’ve always been like that. I’m very hard on myself. I’m my biggest critic. Anything that anybody wants to say negative about me doesn’t really bother me. I say some bad things to myself, so it won’t really affect me.”

Adams and McCown were named as alternatives, so Adams could play in the game, but there’s no point in playing in the Pro Bowl if you’re not starting. It’s an exhibition game before the Super Bowl where the risk of injury is just as high as in any other NFL game. Maybe it’s best for Adams and Anderson to miss the Pro Bowl.

What better way to prove those who didn’t vote you in to the Pro Bowl wrong than a strong performance against the Chargers? Whether or not Adams’ motivation comes from being snubbed from the Pro Bowl is meaningless, because a strong performance is necessary. Philip Rivers has gotten better with age, as he’s thrown for 3,838 yards, 24 touchdowns, and 10 interceptions. The linebackers should have Antonio Gates covered, so that’ll leave it up to Adams, Morris Claiborne, and Buster Skrine to cover Keenan Allen. If the secondary can make it hard for Rivers to connect with Allen, the Jets have a chance to win the game.

It won’t be a high scoring game, but it doesn’t need to be for the Chargers to win. Claiborne has struggled the last couple weeks to cover the top receiver on the opposing team. He’ll match up against Allen, who will find enough separation for Rivers to get him the ball. The offense will struggle once again with Petty at the helm. The only touchdown they score is on the ground by either Matt Forte, Bilal Powell, or Elijah McGuire if they get close enough to the end zone to score. The Jets will send their fans home with something worse than a lump of coal: a loss.