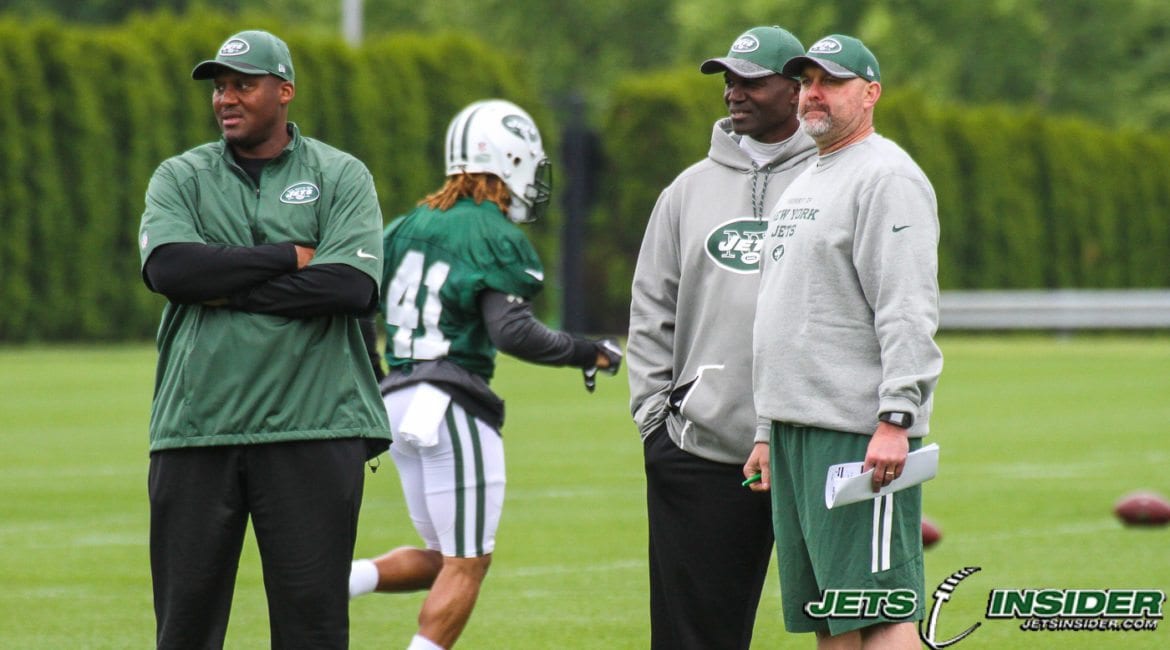 For the second consecutive season, the New York Jets have started a year at 0-1. The season opener in Buffalo went about as expected. The green and white’s offense failed to generate any action while the defense was gassed and gutted by Tyrod Taylor and LeSean McCoy.

On the other side, the Oakland Raiders play in their home opener this weekend in what will be a packed Coliseum clad in black and silver. This has all the makings of an ugly, ugly afternoon.

This is the fourth time in the last five seasons these two teams have played each other, with the last coming in 2015, a Raiders 34-20 victory in Oakland. All-time, the Jets trail the series 24-19-2, including the postseason.

Here’s what to watch for during game two of the season:

D-LINE vs. Beast Mode: This’ll be the most intriguing matchup of the game. In Marshawn Lynch’s return to football, the hefty running back made an impact for Oakland, running for 76 yards on 18 carries. He looked as dominant as he did with the Seahawks several seasons ago. Coming off a game the Jets allowed 190 rushing yards in, there is plenty to prove for New York’s defensive line. In fact, Todd Bowles challenged Muhammad Wilkerson, Steve McLendon, Leonard Williams and Kony Ealy to be better. On Friday, when asked if the group responded well to being called out, Bowles said: “Anytime you have a bad game, as a group, as a team, as a coach, as a player, you put your nose down and grind it out hard (next game).” We’ll see if they responded well on Sunday evening.

West Coast Offense on the West Coast: It makes sense for the Jets to have a great day offensively, right? After all, they do run a West Coast offense with first-year offensive coordinator John Morton. Morton makes the trek back to the place it all began for him as a player in 1993 and as a coach under Jon Gruden in 1997. It was a rough start to the season for Morton’s pupils as the Jets were held to just 12 points and struggled to throw and run the ball past the first down marker. Morton wants more balance from his unit this week and it all starts with Bilal Powell in the backfield. The Jets must find a way to have success in the box.

Luxury Carr: Derek Carr is emerging as one of the top quarterbacks in the league. Last week, the newly paid signal caller threw for 262 yards and two touchdowns to the tune of a 114.3 QBR. Not bad in comparison to Josh McCown’s 187 yard and two interception showing. The challenge will be on rookie safeties Jamal Adams and Marcus Maye, and cornerbacks Buster Skrine, Juston Burris, Marcus Williams, Morris Claiborne and Darryl Roberts against a balanced Oakland offensive attack. They have plenty of weapons. Aside from Lynch in the backfield, the corners will deal with havoc wide receivers, Amari Cooper and Michael Crabtree. Don’t sleep on WR Cordarrelle Patterson either.

Mack Attack: Defensive end Khalil Mack will cause chaos against the Jets offensive line on Sunday. This means the Jets will struggle, again, running the football. Mack is a talent. He has started all 49 games in his career and totaled 245 tackles, 30 sacks and eight forced fumbles. It is going to take more than one member of the offensive front to neutralize Mack and even if you slow him down, he’ll still find a way to have an impact on the game. It will be up to Morton and McCown to figure out a way to get rid of the ball quickly and spread the field – something they couldn’t do in Buffalo. The Jets may have Jeremy Kerley, who the Jets will attempt to dress as a receiver with Jermaine Kearse, in addition to Robby Anderson. That may help, a little.

The head coach made a challenge. The defensive line needs to be better. Marshawn Lynch will be staring at the unit all day long and that is no easy task. This man needs to show up and be a force against the physical Oakland front. Two combined tackles are not good enough. Wilkerson will have a much better game, maybe even a sack.

Two words: West Coast. The Jets traditionally do not bring their “A” game on the West Coast and the Raiders are that good. Oakland matches up better defensively but offensively they have too many weapons for the Jets to handle. It won’t be a pretty game. Raiders kicker Giorgio Tavecchio will kick another 52-yard-FG (he did that twice last week), which will prompt Jets fans to toss the remote at the TV and wonder: “Who is this guy?”