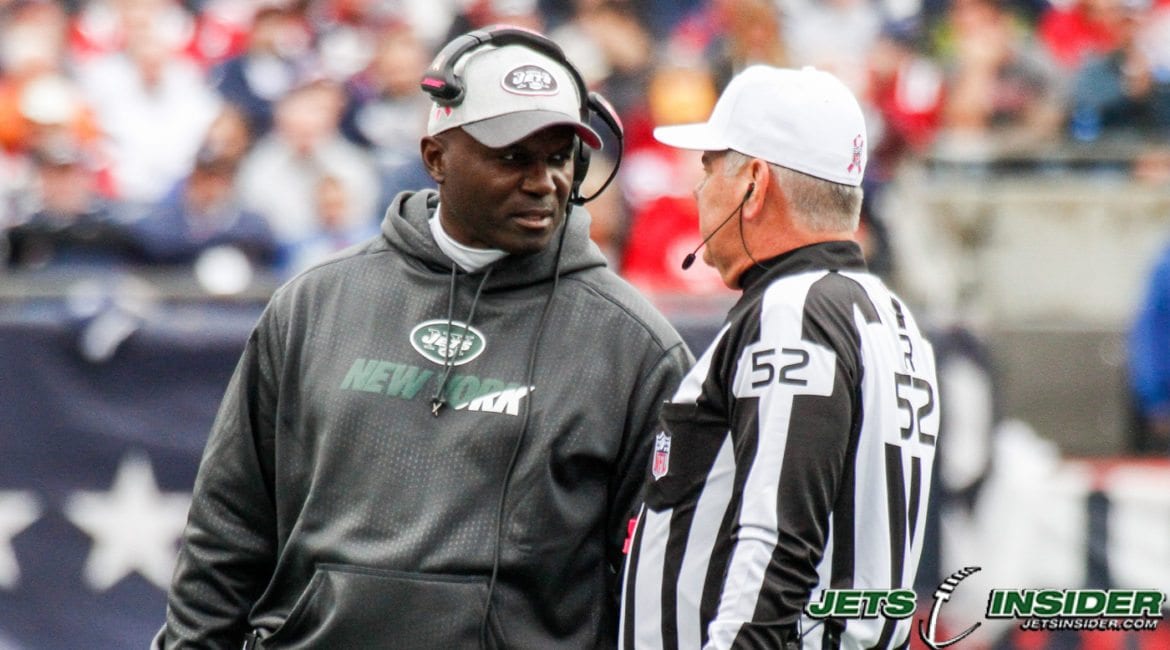 No one has been surprised that the New York Jets have lost their first two games of the season. The offense has been anemic when it comes to moving the ball down the field, while the defense has disappointed some when it comes to stopping the run. In Week Two, against a Super Bowl favorite in the Oakland Raiders, the Jets put up a solid fight in the first half, yet proceeded to get blown out in the second half. In week three, the Jets have to face off against a familiar foe in division rival Miami.

The home opener for the Jets will also be the first game that Jay Cutler plays as a member of the AFC East. In his three starts against Gang Green, Cutler is 3-0 with seven touchdowns, two interceptions and a passer rating of 97.1.  The Dolphins won their season opener last week against the Chargers, 19-17.

This will be the 104th matchup between the Jets and Dolphins. The Jets lead the overall series 53-49-1 including one postseason game. The last time the two teams met was last season. The Dolphins made a mockery of the Jets secondary, winning 34-13. Matt Moore completed 12-18 passes for 236 yards and four touchdowns in the win for Miami.

Here is what to watch for in week three:

Dolphins Receivers vs. Jets Secondary: The Jets secondary has not been awful this season. They rank only 22nd in the NFL, but they are much better than their run defense has been. With that being said, Jamal Adams and Co. will have their hands full against an immensely talented receiving core in Miami. The Dolphins have two solid receivers in Jarvis Landry and DeVante Parker.  Add a healthy Tight End in Julius Thomas and this is the most talented receiving core since the Marino Era. This game will be a very good example of how far along the rookie tandem at safety is for New York. The athleticism of Jamal Adams and Marcus Maye will be on full display on Sunday, and if they don’t look overwhelmed on Sunday, then Jets fans can look to the future very positively in regards to their secondary.

Ndamukong Suh vs. James Carpenter and Dakota Dozier: Starting Right Guard, Brian Winters is out for Sunday. That leaves 4th-year pro, Dakota Dozier, to find a way to bottle up one of the most disruptive defensive tackles in the NFL. Starting Left Guard, James Carpenter will have to deal with Suh as well. Carpenter hasn’t been terrible according to Pro Football Focus, with an overall rating of 75.3. Expect the Dolphins to keep Suh away from Carpenter and pick on the backup in Dozier. Regardless of how poor the Jets offensive line has been this season, if I’m Josh McCown, I’m buying Dozier a giant steak dinner tonight.

Jets Front Seven vs. Jay Ajayi: The biggest disappointment this season for New York has been their inability to defend the run. An area which was thought to be a strength to start the season has been anything but in the first two games. The Jets front seven has given up 185 yards per game on the ground which is by far the worst in the NFL. It doesn’t get any easier on Sunday when Jay Ajayi comes to town. In his last appearance against New York, Ajayi was stuffed for only 51 yards on 19 carries. A 2.6 per carry average. If there is any hope for the Jets to pull out a victory tomorrow, it will be because the defense defends the run exceptionally well.

Everyone seems to agree that the Jets should use Bilal Powell more and just use Matt Forte as a serviceable backup. In this game against Miami, I feel that Forte could be a huge focal point in the offense. The Dolphins defense shut down Melvin Gordon and the Chargers running game last week very effectively. Despite this, Gordon still caught seven passes out of the backfield for 65 yards. It shows that as good as the Dolphins linebacking core is against the run, players like Kiko Alonso cannot cover backs very well in pass coverage. If the Jets are smart, this is the game to utilize Matt Forte’s strength of being a receiver out of the backfield.

The entire linebacking core has been criticized for looking lost at times during the first two games. The man who has been criticized the most through the first two games, Darron Lee, needs to have a big game this week. Overall, Lee has look undersized and overwhelmed through the first two games of the season. It doesn’t get any easier when the Dolphins throw out Julius Thomas or Ajayi out of the backfield. It is no secret that Lee has been awful, and could even be considered an early bust since he was drafted in the first round and has a Pro Football Focus Rating of 35. With a linebacking core that has looked lost and confused, it is up to Lee to change the perception of his position group on Sunday.

The Jets always play their AFC East Foes tough. Even though the Dolphins offense is light years ahead of where the Jets need to be offensively. Josh McCown and Matt Forte will move the ball downfield for a few drives during the game. Cutler will struggle as the Jets pass rush FINALLY picks up but in the end, Cutler will lead the Dolphins offense down the field for the game-winning touchdown in the final two minutes of the game. Forte totals 100 yards in the loss.