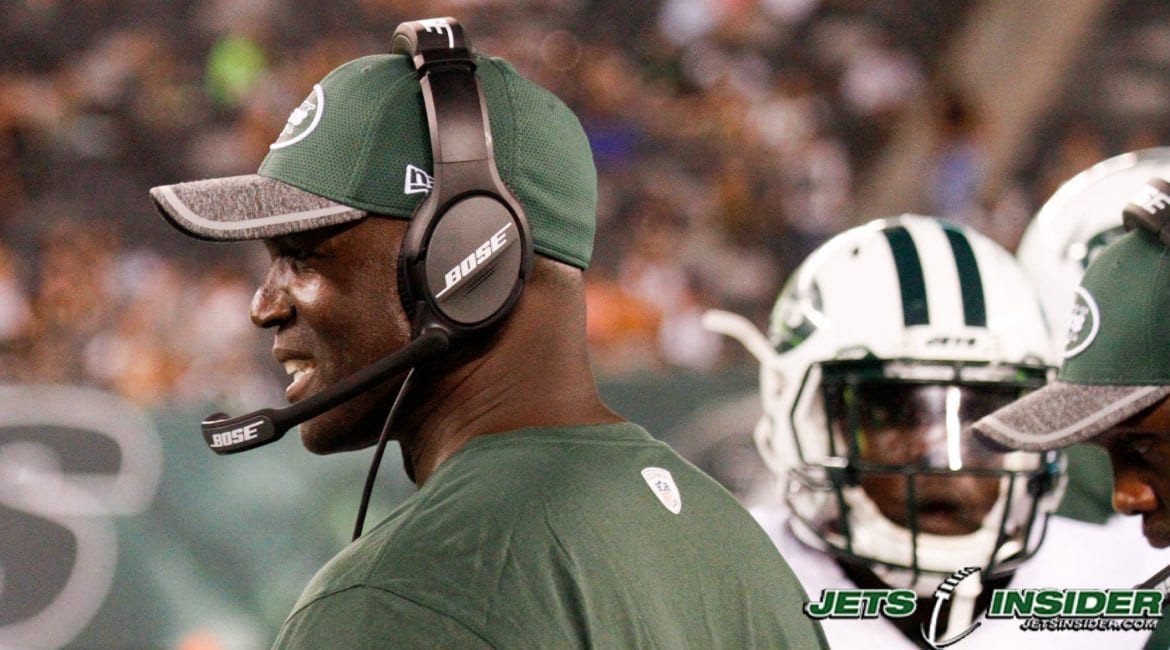 East Rutherford, NJ: Ready or not, here comes the regular season. Thursday night marks the end of another preseason and in just 10 days, kickoff between the Jets and Bills will commence in Buffalo. Can’t you feel the excitement building?

There have been 17 consecutive summers ending with a New York-Philadelphia clash. Although the Jets are a disappointing 0-10 all-time in the regular season against the Eagles, they do have the 23-15 edge in the preseason, if that makes you feel any better.

Typically, the fourth and final preseason game is boring. We won’t sugarcoat that. However, with Josh McCown named starting quarterback after playing just one drive all summer, things may get interesting Thursday night at MetLife. Here’s what to watch for during the game:

Breaking Tradition: History shows the fourth preseason game is the chance for the second-string and third-string players to make a name for themselves and crack the regular season roster. Usually, all starters are held from participating in the game. But, you know the script. Since when do the Jets ever stick to normalcy? The entire quarterback competition was a circus; in the final practice of training camp, McCown had one rep. One. To sum, do not put it past Todd Bowles to see McCown and the rest of the starters suited up and ready to play for a handful of series on Thursday night.

Here’s the Kicker: This is where it gets interesting. The kicking competition has lasted the full four weeks of preseason and it is still neck and neck between veteran Chandler Catanzaro and Ross Martin. The short kicks have been Catanzaro and Martin’s bread and butter – no issues there. From 20 to 29 yards out, both are a perfect 1 for 1. The Duke product – Martin – is 1 for 1 from 30 to 39 yards out. Both kickers have yet to hit a 50-plus yard field goal (both 0 for 1). Would the Jets consider using their kickers more on Thursday night, just to see who will come out ahead? My advice: Go young. Keep Martin on the team. By the way, Thomas Hennessy (new long snapper) played with Martin from 2013-2015 at Duke.

Opportunity Knocks: Thursday’s game will be critical for rookie running back Elijah McGuire, who hopes to crack the 53-man roster. McGuire could see himself in an increased role in 2017 with New York because relying on a healthy Matt Forte and Bilal Powell for all 16 games seems far-fetched. The Jets could use another young set of legs in the backfield and McGuire may be the right man for the job. Against the Lions and Giants, McGuire averaged a little over three yards per carry. History also shows that during the final preseason game of the season, New York likes to run the ball. In 2009, Danny Woodhead made a name for himself and ran for 158 yards on 18 carries. In 2013, Kahlil Bell ran for two touchdowns. Can McGuire do it?

New Faces: The Jets made quite a few transactions this week. The team acquired long snapper Thomas Hennessy from the Colts, signed cornerback Armagedon Draughn, traded for safety Terrance Brooks and claimed defensive end Kony Ealy. According to Bowles, “They’ll all play.” This will give Jets fans a good look at some of their newest acquisitions. The player to be most interested in should be Ealy. The defensive end is now on his third team of 2017 after the Carolina Panthers traded him to the Patriots, who put him on waivers last week. Ealy averaged close to five sacks in his three seasons with Carolina and looked tremendous for the Panthers during their Super Bowl 50 run. This can be a low risk, high reward signing.

This is the rookie’s biggest chance to prove himself. The Jets could use another running back on their roster and it is McGuire’s job to lose. Even if McCown starts, do not expect to see the veteran throw often. If Petty and Hackenberg see time on Thursday evening, do not expect to see many throws, either. This will be a major test for the Jets offensive line and rookie running back to see if they can find some success in the NFL in 2017.

Jets will score a touchdown or two with McCown under center. Petty should be used with caution, due to his knee injury. Hackenberg should try to prove himself as the third-string quarterback. His last two performances were not good, to say the least. Both teams will rely on the ground game. It’ll be an ugly toss up – typical for a fourth preseason game. Ross Martin kicks the game-winning field goal.

Joe Barone is a staff writer for JetsInsider.com. He can be reached on Twitter (@28JoeBarone)