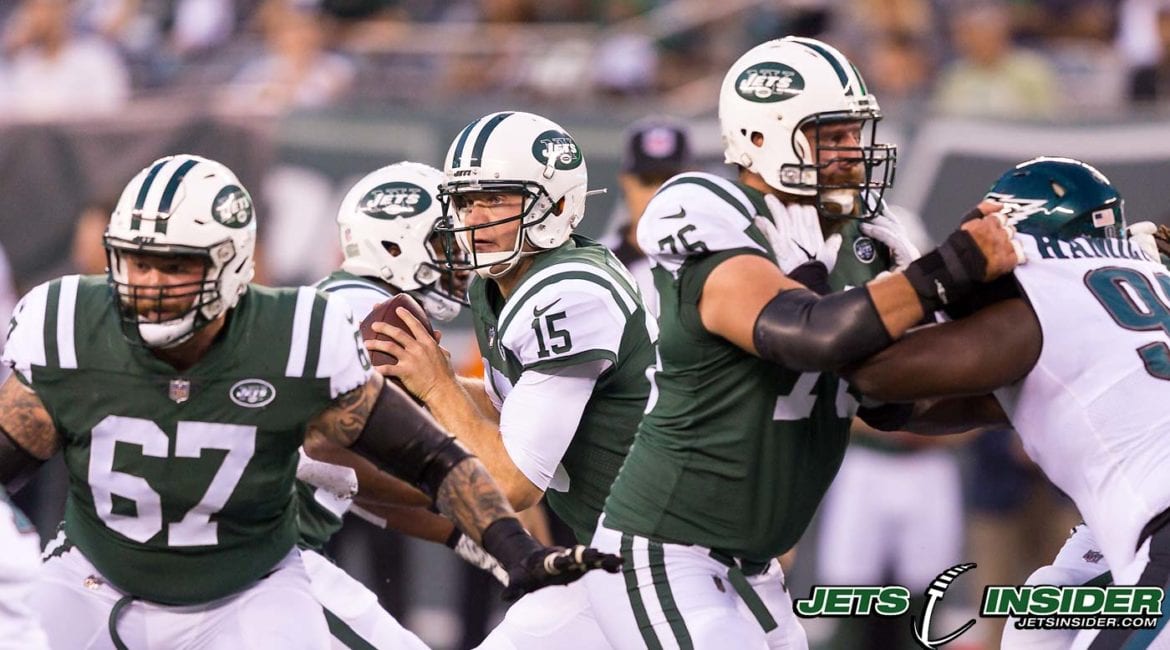 The Denver Broncos started the season 3-1 and many expected their defense, along with “average” Quarterback play to ride the team to the playoffs once again. The New York Jets started the season 0-2 and many wondered how long it would take for the Jets to move on from Josh McCown. Two months later and the narratives of both teams has flipped tremendously. The Broncos have lost their last eight games for the first time since 1967, while they have trotted out three different quarterbacks, with similar results. The Jets, on the other hand, are 5-7 and coming off a tremendous 38-31 over the Kansas City Chiefs on Sunday. While the record doesn’t show it, the Jets have impressed this season thanks in large part to Josh McCown’s consistent play at the Quarterback position.

McCown has completed 68% of his passes with 18 touchdown passes to only eight interceptions. He also has five rushing touchdowns. McCown’s performance this season has been very solid, especially since many believed that the Jets did not have any talent at the skill positions. In each of the five wins this season, McCown posted a 70% completion percentage or higher. McCown was named AFC Offensive Player of the Week for week 13. Even two games under .500, Jets Head Coach Todd Bowles is adamant that McCown is going to the be the starter.

“I’ve said it before and I’ve been saying it. Josh is my starting Quarterback.”

The Denver Broncos are a different story when it comes to the Quarterback position. Trevor Siemian has started for most of the season to unsatisfactory results. The three-year veteran from Northwestern has completed less than 60% of his passes and has more interceptions thrown than touchdowns. In Denver’s 35-9 loss to Miami last week, Siemian threw three interceptions. His backups, newly signed Brock Osweiler and second-year pro, Paxton Lynch have not fared much better. Both have thrown more interceptions than touchdowns. Only Lynch has a completion percentage of over 60% but he has only thrown 14 passes this year. Regardless of how poor the QB play has been for Denver, Coach Bowles believes that there is still work to be done on the defensive end.

“They (Denver) play hard and are very talented. I couldn’t tell you why (Siemian has struggled). I’m not at their practice every day to see him. We are just trying to prepare for the best Trevor (Siemian) that we will see.”

The Jets battle the Broncos this Sunday at 4:05pm at Sports Authority Field at Mile High.