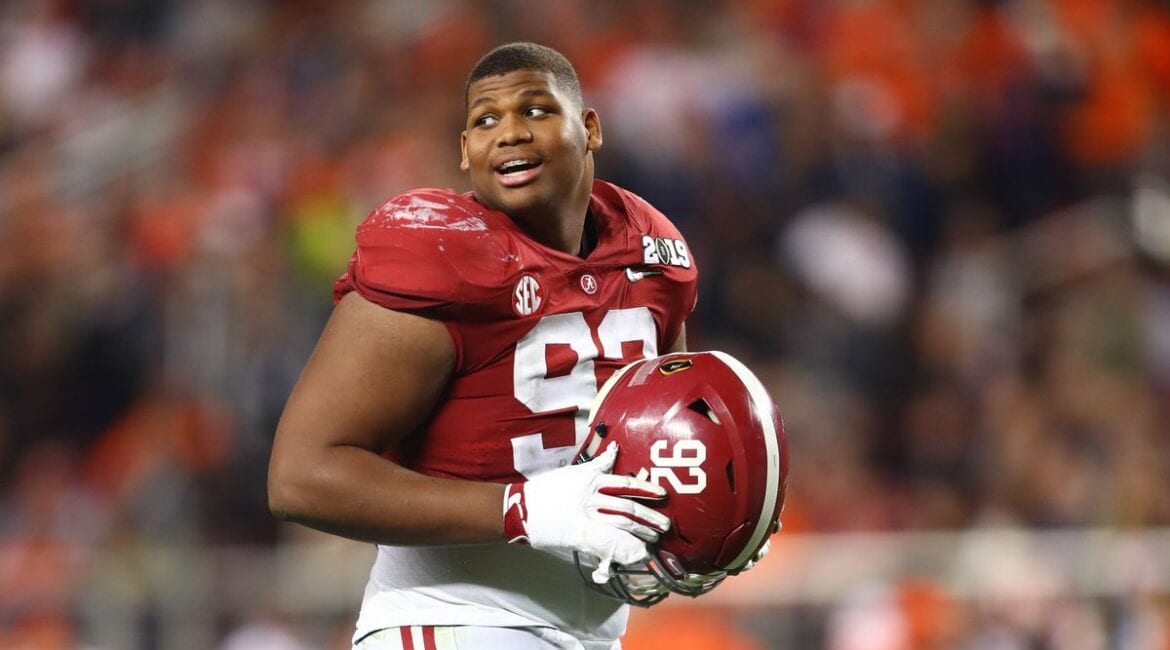 The New York Jets have ended the debate of who is going to go number three in the draft. The choice is Quinnen Williams, defensive tackle from Alabama.

We have talked about this guy before. He started only one year at the University of Alabama, but that one year was one that got the attention of everybody. He posted eight sacks and 19.5 TFL’s in 2018. His 71 total tackles show that he isn’t just a pass rusher but he is a complete, all-around football player.

At the NFL Combine, Williams posted a 4.83 forty yard dash, which would be slow for a receiver but it is fast for a guy who weighs over 300 pounds.

Does Leonard Williams finally get to where we expected him to be with Quinnen Williams alongside of him? What about Henry Anderson? He too will get a lot of one on one attention with Williams on the field. And as a guy that can stop the run as well as rush the passer, you don’t have to take Williams off the field either.

Here are some highlights to whet the appetite:

This guy is quite simply, a beast. I understand fans that didn’t want to see the team take another interior lineman. But when you are a team like the Jets, you simply need to bring in talented football players. The roster needs talent, fill the roster with the best football players you can find.

Quinnen Williams is a top football player and we will enjoy watching him play in 2019 and beyond.

Jamal Adams Is Ready To Lead,Jets 30 Texans 27,What The Loss Of Leonhard Means To The Jets,Introducing Tim Tebow To Ny Media,Jets D Stepping Up At Right Time,Rex Mornhigweg See Improvement In Geno,Jets Jaguars Previewing The Clash Of The Hungry,Preseason Preview Jets V Eagles Who Will Fly,Jets Players Get Charitable With Free Time,Game Recap Jets 27 Rams 13