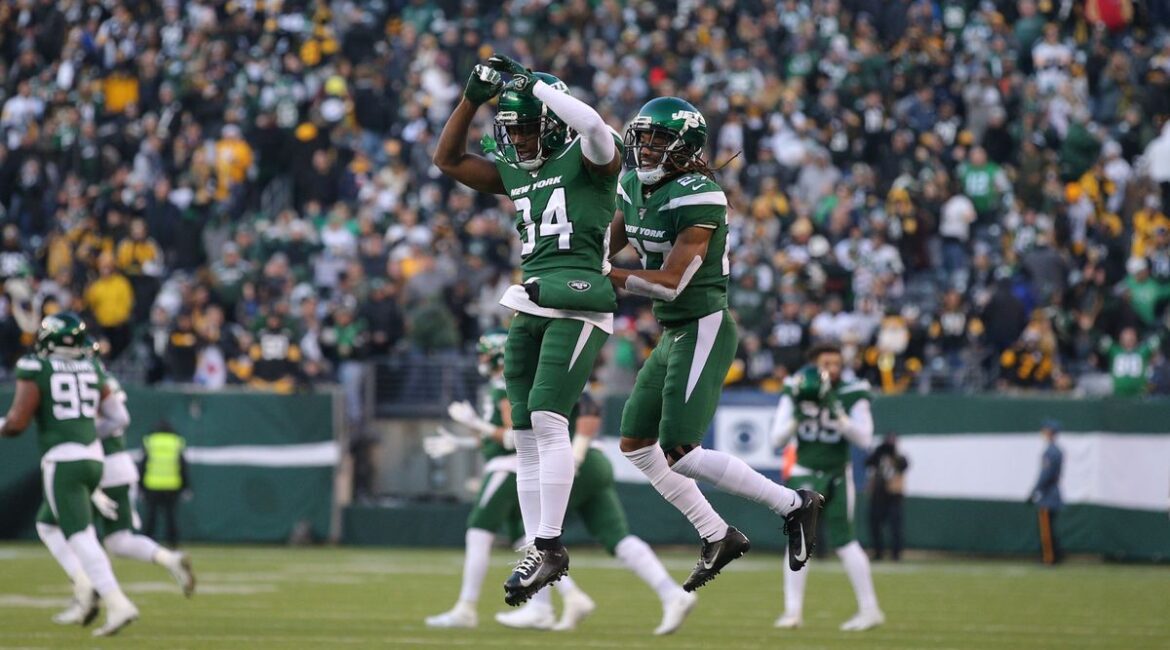 As we move closer to another NFL free agency period, it is interesting to take a look back at the Jets’ successes and failures in past offseasons to get an idea of what they should and shouldn’t do in the future.

Tomorrow, we will dive into the Jets’ failures of the 2019 free agency period, but today, we keep things positive. Let’s look at what the Jets did right at this time one year ago.

Poole is the dictionary definition of what a good free agent signing looks like. To replace the horrible Buster Skrine, the Jets scooped up Poole on a one-year, $3 million deal. Poole had struggled over his past two seasons in Atlanta, but he showed elite potential as a rookie, and had some potential untapped upside with just three seasons in the books. A weekly starter throughout his career, it was puzzling as to why Poole went so cheap on the open market.

He wound up in Florham Park, and gave the Jets perhaps their most valuable season on the dollar since Darrelle Revis was still on a rookie deal. Poole allowed just 0.57 yards per cover snap out of the slot, best in the league.

Championship-caliber rosters are built upon exceptional values like that.

Crowder was one of the top slot receivers in the league. On routes run out of the slot, Crowder ranked fourth in touchdowns (five), fourth in receptions (58) and ninth in receiving yards (648). The Jets did a nice job here of identifying a player who was a good fit for their system and thus had a solid chance of playing up to his deal if healthy. Crowder’s versatility in the slot – as he possesses the ability to effectively run both shallow and deep routes – made him an excellent choice as a featured target in Adam Gase’s offense.

As expected, Crowder’s issues with drops (eight, fifth-most among wide receivers) and inconsistency (seven games with fewer than 30 receiving yards) did not go away, but those problems are why he is valued the way he is.

The Jets got exactly what they paid for with Crowder, which is a good thing. As cost increases, the likelihood that the player underperforms his contract also increases. Having a player in Crowder’s price range perform at a level that closely matches his cap hit is certainly an above-average value.

McLendon is the gift that keeps on giving for the Jets. His initial three-year deal signed in 2016 was a success, as was his one-year pact in 2019. Now, he’s locked into for 2020 at a cap hit of just $2.8 million after ranking in the 90th percentile in overall Pro Football Focus grade among qualified interior defensive linemen.

Veterans are often the backbone of a competitive roster. Every championship team has a few players like McLendon – inexpensive, but still productive. It is always a good idea to look for players like him to plug any remaining holes once the first few waves of free agency boil over. They can provide a short-term solution while not hampering the future.

Griffin signed a one-year, $1.1 million deal (one of Joe Douglas’ first moves at the helm), and was set to be a No. 2 option at tight end behind Chris Herndon. He wound up being TE1 for much of the season as Herndon missed all but one game.

Griffin could not quite measure up to the level of performance Herndon reached as a rookie, but he was an adequate replacement in the passing game. While he ranked just 32nd among tight ends with 320 receiving yards, Griffin did tie for seventh with five touchdowns and ranked in the 68th percentile with an average of 7.8 yards per target.

On the downside, Griffin’s blocking was a major detriment, especially in the run game. The Jets ranked last in the NFL with 0.3 yards before contact per rush attempt on runs directed outside of the tight end.

The Jets signed Griffin to a three-year, $10.8 million extension during the season. If Herndon is healthy and Griffin can play the No. 2 role he was intended to, his blocking workload can be diminished, minimizing his negative impact in that area. That would allow he and Herndon to form one of the better receiving duos in the league at tight end.