Report: Kerley expects to be suspended 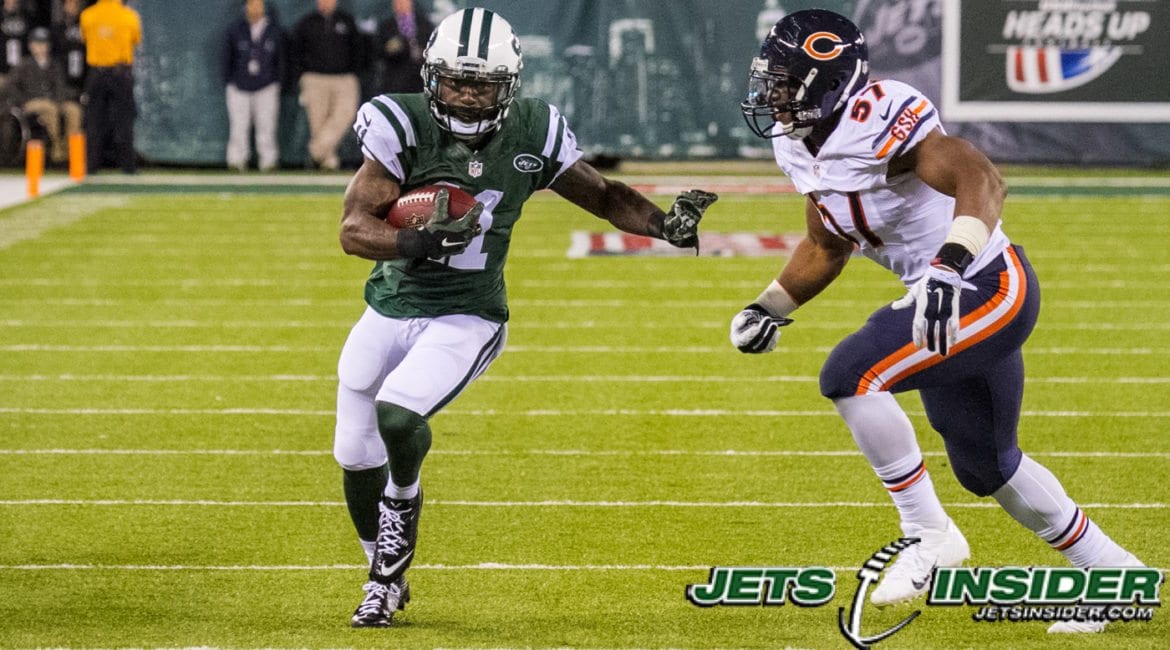 Jeremy Kerley has been a solid short-term addition to this Jets offense, but his presence has taken away valuable reps from rookies ArDarius Stewart and Chad Hansen. Now according to Manish Mehta of the New York Daily News Kerley “has told people that he expects to be suspended for violating league policy.”

Kerley – who has caught 22 passes for 217 yards and a touchdown – has helped this offense but considering the fact that this team isn’t making any type of playoff run he has been doing so to the determinant of developing the rookie receivers.

There’s no information on when the suspension will start, or for how long he will be suspended, but if there’s no official announcement from the league by the end of the day today then you can expect him to play against Buffalo on Thursday night.

When the suspension goes into effect Stewart will be the first to benefit from more reps, but Hansen should slowly start to see some actual reps as well. With the Jets having no realistic hope of making any sort of playoff run the focus should be on developing the young players anyway so this suspension could be a blessing as it’ll save Todd Bowles from stubbornly clinging to a veteran and refusing to develop young offensive talent.

Step Up To Backup,3 Observations Day 2,Petty Up For The Challenge In Tight Qb Race,It Was All Yellow,Pats Enjoy Thanksgiving Feast At Jets Expense 49 19,Jets Opponent Offseason Recap Buffalo Bills,Rex Ryan Asks Fans For Help Again To Create Home Field Advantage,Jets Lead Nfl With 7 Pro Bowl Nods,With Few Options For Change Can Ricky Sapp Make A Difference,Jets Get Outplayed On Both Sides Of The Ball Fall 27 13 To Patriots