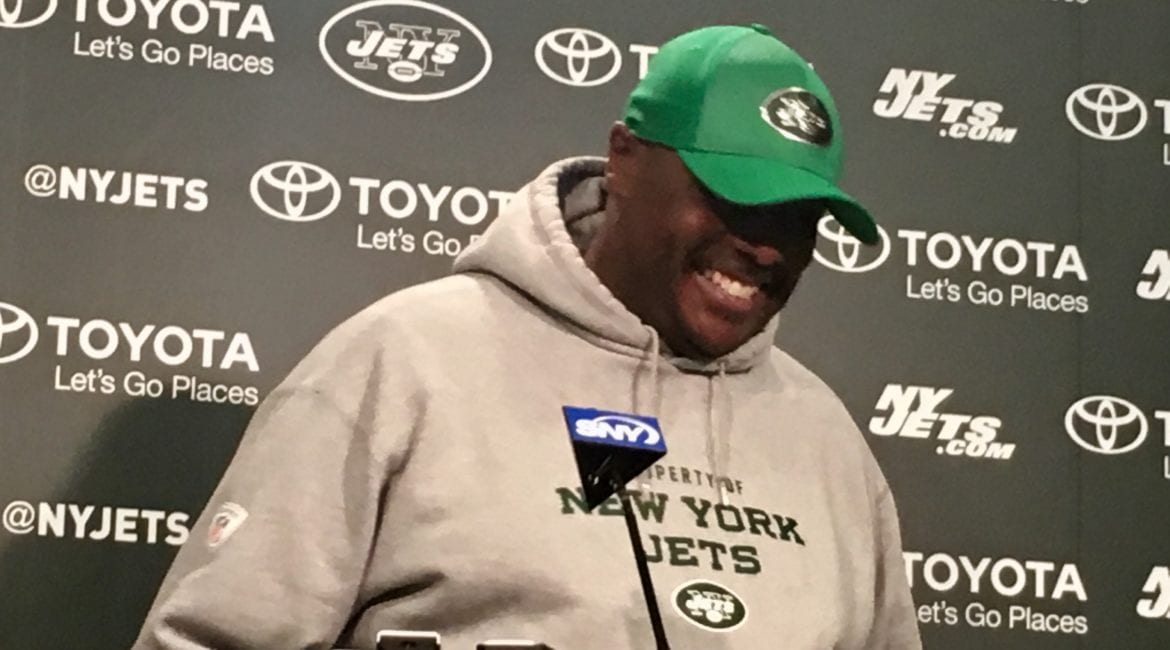 Florham Park, NJ – There were plenty of stories for the offense and defense heading into New Orleans last Sunday. Bryce Petty made his 2017 debut as the starting quarterback for the Jets after Josh McCown broke his hand. It was a less than stellar debut for Petty as he went 19-for-39 for 179 yards, a touchdown, and two interceptions. The defensive line was down a man after head coach Todd Bowles decided Muhammad Wilkerson wouldn’t travel with the team. While Leonard Williams was able to continue the season-long tradition of the Jets d-line intercepting the ball, he couldn’t get the job his position is suppose to do: pressure the quarterback. The Jets front three had no sacks and only had one hit on Drew Brees in the Jets’ 31-19 loss. Let’s review Rodgers’ and Morton’s game plan heading into the Big Easy.

Strength – Fumbles: The turnover battle is an important aspect in the game. Forcing an interception or fumble not only shifts momentum towards one team, but it also forces the opposing team to give up a drive without punting it. So the Jets should take advantage of any turnover they get, and the defense forced Brandon Coleman to cough up the ball twice. The Jets didn’t win the turnover battle against the Saints’, but they didn’t lose it either.

Weakness – Mark Ingram: For weeks, the defense has been praised for limiting opposing teams’ rushing offense. It was an improvement from earlier this season, when running backs like LeSean McCoy were running over the defense. But the defense from the start of the season returned, as Mark Ingram rushed for 74 yards. He continued to be a thorn in the Jets’ side, accumulating 77 yards through the air for 151 total yards. If the Jets want to have success moving forward, they’re gonna have to slow down guys like Ingram who can hurt them in multiple ways. How they do that is something they have to figure out.

Focus for Chargers – Linebackers: It will be on the linebacking core to step up this week. They’ll have two big assignments: limit Melvin Gordon and Antonio Gates. The linebackers can’t let Ingram’s performance affect their confidence, they know and we know what they can do. In addition, they’ll have to keep an eye on Gates. He continues to be one of Philip Rivers’ target, but if they can limit Gates, it alleviates the pressure on the defensive secondary so they can focus on Keenan Allen.

Strength – Running Backs: It’s very rare that the running backs get praise for their performance, but this week they deserve it. Matt Forte, Bilal Powell, and Elijah McGuire each combined for 92 yards and each had a long run for 10 or more yards, meaning they each ran for a first down. McGuire was key in the passing game as well, racking up 48 yards and a touchdown on three receptions. McGuire was a security blanket for Petty, and if Powell and Forte can assume a similar role on Sunday, the Jets will be in a good position to score on Sunday.

Weakness – Bryce Petty: Yeah, this was coming. When a quarterback has a game like Petty did, 19-for-39 for 179 yards, a touchdown, and two interceptions, it’s usually not seen as a good performance, especially for a young quarterback. The good news for Petty is he has another chance to prove himself against the Chargers. But the bad news is if he continues to have subpar performances, the less likely the Jets see him as their franchise QB.

Focus for Chargers – Receiving Core: When has Robby Anderson and Jermaine Kearse never been a focus for the offense? But the pressure doesn’t just on them. Chad Hansen and JoJo Natson will also have to step up, especially if the Chargers’ secondary causes problems for Anderson and Kearse. They’ll have to be that security blanket that McGuire was for Petty last week.

Jets Agree To Deal With Ilb Avery Williamson,Preview Ny Jets 1 1 Miami Dolphins 1 1,Zach Sudfeld Might Just Be The Best Tight End On The Roster,Jets Defense Must Come Up Big In Battle With Panthers,Is A Revis Holdout Part 2 Coming This Summer,Jets Injuries Are Piling Up Powell To Ir,Scouting For The Nfl Draft Toledo Vs Ohio State,Secrets Out Keep Wilson In The Pocket,Morning After Report On The One Hand,Oconnells Progressions Grow With The Day