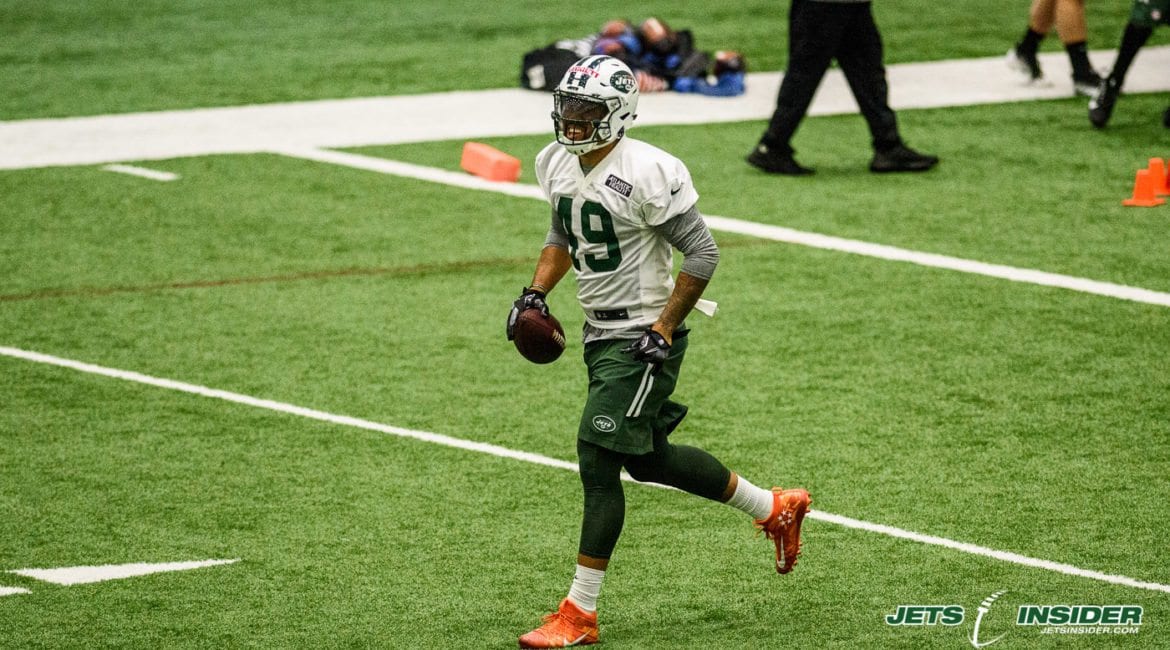 Rookie tight end Jordan Leggett came into the NFL with a lot of credentials. He came in as a national college football champion with the Clemson Tigers. In addition, he record 112 receptions for 1,598 yards and 18 touchdowns in his collegiate career. During Day 3 of the NFL Draft, Mel Kiper Jr. named Leggett as one of his “early-impact rookies”. When ESPN AFC East beat reporters were asked which late-round rookies in the division could make the biggest impact, three (Rich Cimini for the Jets, Mike Reiss for the Patriots, and Mike Rodak for the Bills) mentioned Leggett. So it seems the Jets made good use of their fifth-round pick by selecting him.

Leggett is still a rookie, though, and one thing rookies find out about the NFL over the course of the season is the difference between it and college football. He got first-hand experience of the change in last Saturday’s game against the Tennessee Titans.

“I felt like it prepared me a lot more,” he said. “Last week’s game was my very first game in the NFL so it just showed the tempo of the NFL and speed and the different things like that. It just gave me a picture of what this is going to be like.”

Although his play didn’t stand out against the Titans with one reception for eight yards, Leggett’s performance was consistent with Austin Seferian-Jenkins, who recorded one catch for seven yards, and Jason Vander Laan, who tallied one reception for 12 yards. Jordan mentioned the camaraderie he had not just with the tight ends, but the other rookies on the team.

“They taught me the ins and outs of this offense, what to do and what not to do, and just getting with them and learning different things about the offense to try and put me in the best position I can go out there and compete. I just hang out with the tight ends. I keep a tight-knit group of me and the tight ends and me and the other rookies because we’re going through the same thing.”

Before heading to Detroit for the second preseason game against the Lions, Leggett made sure he made the most of each day this week.

“I am still working every day to get better at something,” Leggett said. “It really doesn’t matter what it is, whether it’s low pad level or catching every ball that comes my way. It depends on the day, and coach [Bowles] is doing a great job of getting the gameplan ready and having us ready for every defensive front that we’re going to see. Every coverage, every blitz so we have to go in there and study it and be as prepared as possible.”

The tight end battle will be one to watch as we get closer to week one of the NFL season. With Seferian-Jenkins sitting out the first two games for violating the NFL substance-abuse policy, it leaves the starting job open. Leggett has a chance to not only start as a rookie, but make an impact that could force the Jets to consider him for the starting job beyond the first two games. Of course, he’ll have battle hard against Eric Tomlinson, Jason Vander Laan, and Chris Cragg.