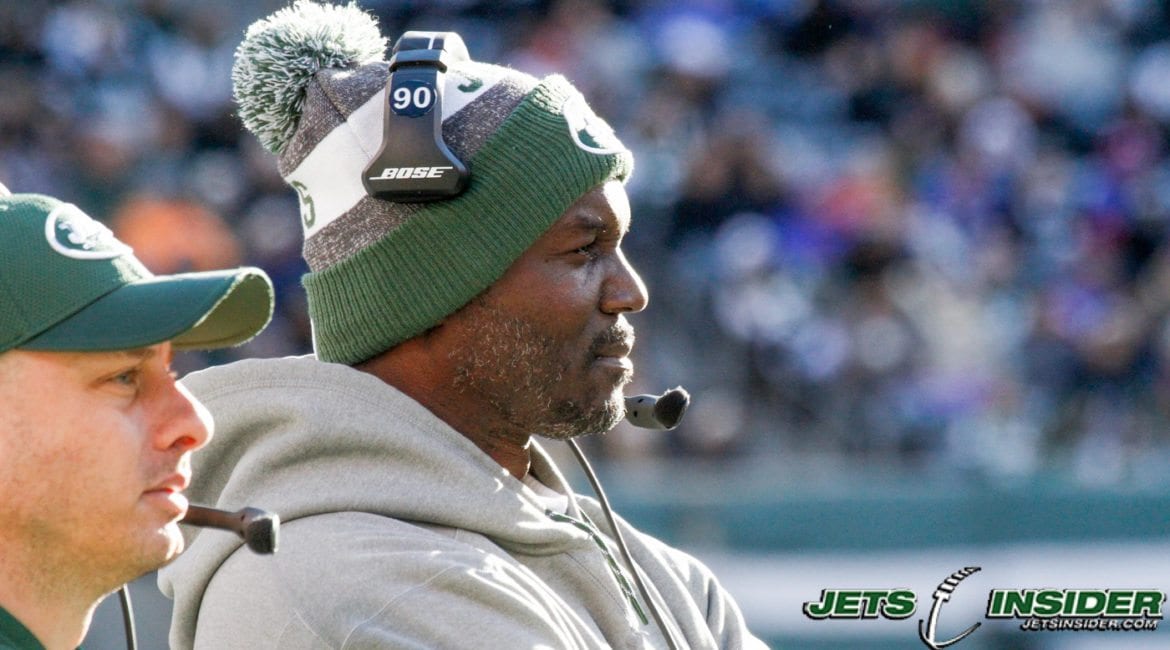 The New York Jets are 1-3 with a rookie quarterback and a team that lacks talent in too many vital positions, this really shouldn’t be too much of a surprise and yet surprise or not a coaching change is imperative. That the Jets are only 1-3 is not the reason that Todd Bowles needs to be fired, it’s how the Jets have arrived at their three losses that shows why Bowles needs to be fired.

We are now in the fourth year of the Bowles/Maccagnan regime and ask yourself honestly, aside from having the hope of what Sam Darnold could hopefully turn in to one day are the Jets really any better off than they were in the last year of Rex Ryan and John Idzik? Five years later and this team is still making the same mistakes, still coming out flat as Kyrie Irving thinks the earth is, still running a prehistoric offensive scheme that relies on the run game while not actually having the ability to run the ball successfully.

As with Ryan this team is built on the premise of a tough defense that will set the tone and lead the way, Bowles is a former defensive coordinator so he should at least have the defense in good shape, yet here we are wondering how the Jets allowed a Blake Bortles lead offense to gain 514 yards. Bortles completed 76 percent of his passes for 388 yards, two touchdowns and one interception, Blake Bortles did that. Tack on another 126 rushing yards, even after Leonard Fournette had to leave the game due to re-aggravating his hamstring injury, and that gets us to 514 yards.

In year four, the defensive-minded head coach is allowing this to happen. How many times is this team going to have to come out flat before we can agree the buck has to stop with the coach? How many times are we going to allow Bowles to claim the penalties aren’t on him? How many more times do we need to see plays like T.J. Yeldon emerging from the backfield uncovered for a big pass play (or think back to Frank Gore just two weeks ago) before we can agree that even if the players are still making the same mistakes, that falls on the head coach. Yes, it’s true Bowles doesn’t commit the actual penalties and he’s not on the field blowing assignments, but he’s not do anything to fix these problems. Push-ups in practice aren’t enough, that was Rex Ryan’s trick to and we know how that turned out. And that’s just on defense, the side of the ball Bowles is supposed to be an expert at.

I’ve never been one to say you need an offensive-minded head coach, as long as you have a great offensive coordinator that is trusted to be left alone to run his offense, the problem is the head coach will always meddle. The defensive-minded head coach is almost always going to think ball control, run the ball, minimize turnovers and our defense will win the game. This is prehistoric thinking and you need a roster overflowing with talent (like the Jaguars) for this strategy to even get you to the playoffs.

Offensive coordinator Jeremy Bates seems to be receiving most of the blame, but this is OC number three for Bowles in five years, if you blame Bates you have to blame Bowles for hiring him. Bowles ran John Morton out of the building last year because he felt Morton didn’t run the ball enough, in 2017 an NFL head coach really thought that and now we’re left to wonder if Bates has been feeling that run the ball more mandate as well. It’s not as simple as saying Bates is terrible, the offensive line is bad and they are starting a 21-year-old rookie quarterback but there is absolutely zero creativity in this offense, no scheming guys open, no making reads easier for Sam Darnold, the height of creativity this offense has shown is bootlegs and bubble screens to Quincy Enunwa. No drags, no underneath crosses, no successful plays to setup other successful plays and an absolute failure to find a way to get their most explosive offensive player the ball, again Morton was fired for throwing downfield too much and now everyone is clamoring for more shots downfield and somehow that’s not directly Bowles’ fault?

It’s not that the Jets are 1-3, it’s not that the Jets look like a bad team with a stale offense and a defense that can play well in stretches but very rarely plays well for a full 60 minutes, it’s all of that still happening in year five and having seen absolutely zero evidence that any improvement is coming. If you’re banking on Darnold single handily improving the offense you’re going to watch Darnold become yet another promising NFL talent that was stifled by incompetent coaching. The biggest and most important reason why Bowles needs to be fired is for Darnold’s sake, get Bowles away from Darnold as quickly as possible. Get Darnold an offensive-minded coach, one that’s creative, can scheme guys open and will adjust said scheme based on the talent he has not the scheme he prefers, and a coach that won’t coach scared. No more coaches that will punt down 25-12 with four and a half minutes left in the game, no more coaches that want to emphasize the running game yet allows their rookie quarterback to throw on both third-and-one and fourth-and-one because the numbers will tell you that all NFL teams should run the ball less on first and second down and that the best time to actually run the ball in on third-and-short and fourth-and-short.

Creativity, aggressiveness, flexibility, a willingness to adapt and someone who believes and understands analytics and how to use them as part of the equation. That’s what you need in a head coach in 2018 and all of those things are the exact opposite of Bowles. Start the search with Vikings offensive coordinator John DeFilippo, check in with University of Oklahoma Head Coach Lincoln Riley and go from there.

I can sense many of you are reading this and wondering where the criticism for Mike Maccagnan is and have no fear, there is plenty of that to go around as well but that’s mostly a story for another day. Fire Bowles or fire Bowles and Maccagnan both, but firing Bowles is by far the more urgent and pressing matter. Bowles and his dinosaur-like mindset will have a negative impact on Darnold on a day-to-day basis, the right head coach can have Darnold living up to his potential even with Maccagnan as the GM. Give Bowles the Jaguars roster and you’d still see the same mistakes being made over and over again.

Since owner Woody Johnson accepted his position as Ambassador and had to step away from running the Jets I have said I don’t see the Jets making any big organizational changes until Johnson returns unless there’s an absolute disaster. I still think the Jets will manage to win around five games so I’m not sure this season while technically qualify as an absolute disaster but the same mistakes repeated again and again combined with a stale, unimaginative offense make it clear Bowles is not the coach to lead Darnold in the future and I have a way to make the necessary changes and still not feel like too much is changing while Woody Johnson is gone.

Fire both Bowles and Maccagnan, promote current vice president of player personnel, Brian Heimerdinger, to GM and hire DeFilippo or Riley as head coach and watch this offense prosper with Darnold.

Report Kerley Expects To Be Suspended,New York Jets Vs Buffalo Bills Preview,Jets Fire Todd Bowles,5 Reasons For Jets Fans To Smile At 5 1,Jets 0 0 At Lions 0 0 Preview,100 Depression Filled Days,Breaking Down The Qb Battle Through Day Four,Three And A Half Realistic Options At 6,Back To Work,Jets Pre Draft Plus Revis And Tebow Presser