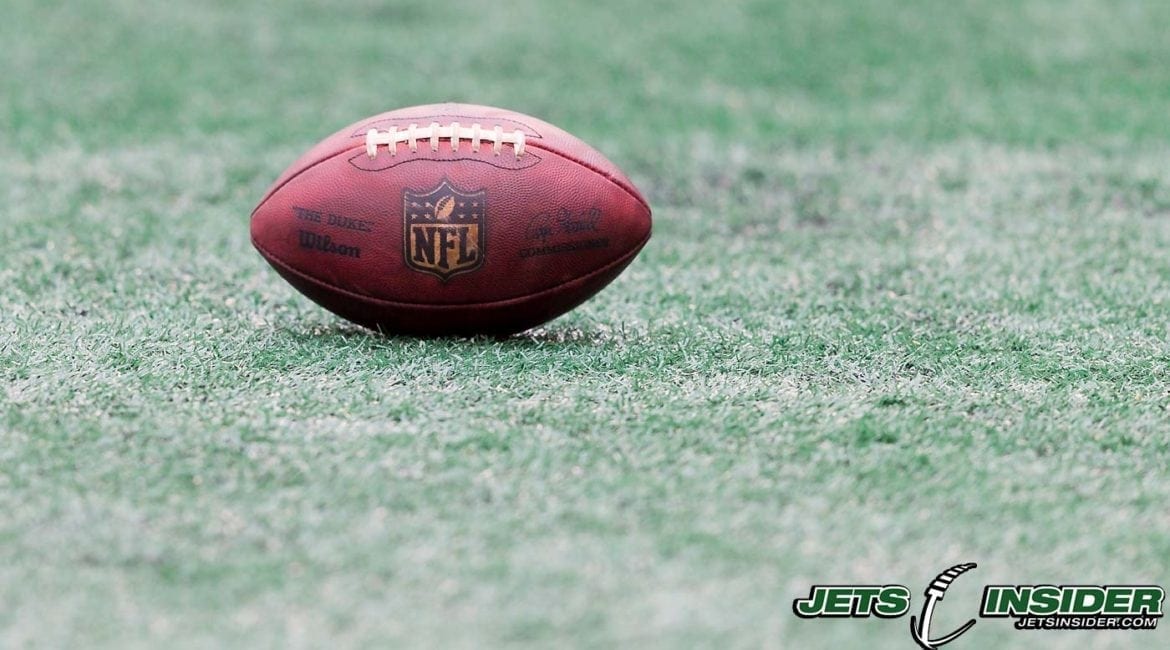 Florham Park, NJ – With the Jets first pre-season game two days away, all eyes are on the team to see if they are ready to play. Practice has progressed and intensified to reflect how the players will perform in real game situations. Loud music was played once again to give players a sense of crowd noise. Today’s practice solidified which players belong on the first-team and which players will see action as second and third-teamers for Friday’s game. Here is a look at how practice went today.

The Jets offensive line struggled throughout the 2017 season and was ranked 26th in the NFL. Throughout mini-camp and training camp, that sub-par performance hasn’t improved much until today’s workout. Today’s first team offensive line consisted of Brent Qvale, James Carpenter, Spencer Long, Brian Winters, and Brandon Shell. They were as solid as a front line could be, opening holes for the running backs and providing the quarterbacks with enough time to check down receivers and make smart throwing decisions. The boys upfront even provided key blocking for receivers after they made quick out catches allowing the receivers to gain extra yardage. Most noticeably Winters and Carpenter really held their own today, preventing the defense from getting past them and splitting the defensive line on draws and dives for the running backs. It seems the guards and tackles were jelling today with guards pulling off the line at the right time and tackles quick on their feet to block on screens. The defensive line only crossed the line of scrimmage five times today. There was only one penalty by the offensive line, a false start.

Center Spencer Long spoke with JetsInsider after practice to give his thoughts on the day saying, “I felt good today. Every day is a constant battle and you try to build off the last one and fix mistakes. Today was a particularly clean day as an offensive line and it feels good to have a day like that.” Long feels that the offensive line is prepared for Friday’s game against Atlanta and also gave praise to veteran guard James Carpenter saying “Carps is a good guy and brings energy every day. He is definitely a player we need.”

On the other side of the ball, the defensive line really took a step back and struggled today. The defensive line’s first team was made up of Leonard Williams, Mike Pennel, and Nathan Shepherd. Pennel substituted for Steve McLendon’s who had a day off. The defensive line had all they could handle trying to get past the offensive line for a loss of yardage. The 3-4 Defense relies on the lineman to plug the gaps so that the linebackers can come up and make the play. Today, the defensive line was so out of synch, huge holes were opened on running plays and on passing downs, the linemen couldn’t get near the quarterback. They only stopped the running backs three times for a gain of less than three yards. On just four plays the defensive line was able to pressure the quarterback to force him to make a bad throw. Williams had the only sack on the day. They committed no penalties but on a few plays, the linebacker’s frustration was apparent yelling at the linemen before the snap.

The Jets have four running backs that are competing for a starting job with the team. Currently, it seems that Isaiah Crowell has the starting spot, but he has some pretty stiff competition with Bilal Powell, Trenton Cannon, and George Atkinson. Each running back took reps with all three teams and had quite a bit of success today. Before 11-on-11’s they practiced pitches, dives, draws, and screen plays with the trio of quarterbacks. Crowell was the first to appear in 11-on-11’s and showed why he has the starting role. On the field, he found open holes which resulted in long yard gains. He showed why he is the toughest of the group, fighting for additional yards when the defense had him wrapped up. On three different plays, Crowell acted like Barry Sanders when did not follow through the play which surely would have been a loss. Instead, he reversed course to the opposite direction and made gains on the plays. He proved he has great vision, strength and will reverse course when needed.

Bilal Powell showed he isn’t slowing down. He also impressed by finding open holes without a problem and in tight spots showed how elusive he is by side stepping linebackers. He caught every pass thrown to him which is important on third downs and he provides the Jets with a great depth presence.

Rookie Trenton Cannon is starting to become a favorite among Jets players. Guard Brian Winters commended Cannon after practice saying “He’s a good player. I can’t wait to see him get going.” Cannon’s best attribute is his speed. In previous performances, he has demonstrated his stealth as the defense did not get a hand on him. Today, he took a hand-off and blew right past Terrence Brooks and Juston Burris who would then have to try and catch him. Not only did he find the open holes but he was able to fit through tight spaces between offensive line men. He also caught a 50 yard pass from Sam Darnold for a touchdown after speeding past Cornerback Rashad Robinson on one play. For a player drafted in the sixth-round, the Jets may have found a diamond in the rough.

George Atkinson arrived a week and a half ago and so far has not stood out in practices. Today was different, as he was given a higher number of carries and more time on the field. Out of all four running backs, Atkinson demonstrated that he excels on outside run players as he is able to outrun defensive linemen and linebackers as he heads towards the side lines. He can be an effective weapon on sweeps and off-tackle runs.

The day mainly belonged to Teddy Bridgewater and Sam Darnold. Josh McCown had a limited day on the field with six reps with the first team while Darnold and Bridgewater practiced with all three teams. Bridgewater showed some serious improvement today compared to previous practice sessions, making smarter plays. The improved offensive line was a big help giving him enough time to look over the field before completing some nice passes. He definitely looked more comfortable in the pocket as well. A majority of his throws were check downs to either tight ends or running backs.

Darnold on the other hand was a bit sloppy today. He started with two over thrown passes and then would follow up with another three more overthrown passes later on in the day. He showed his arm strength, throwing deep multiple times with limited success. Darnold was the only quarterback to throw a touchdown in any drill today finding Trenton Cannon on a long ball, then Neal Sterling in the end zone during goal line drills. He was also the only quarterback to throw an interception, which came at the hands of Terrell Sinkfield. Coach Todd Bowles did not name who will start Friday’s game but most likely Josh McCown will start for one or two drives. Bridgewater and Darnold will split the rest of the time between them.