JetsInsider.com > News > Blogs > The NFL Draft: A time of hope and optimisim, even for the Jets

The NFL Draft: A time of hope and optimisim, even for the Jets 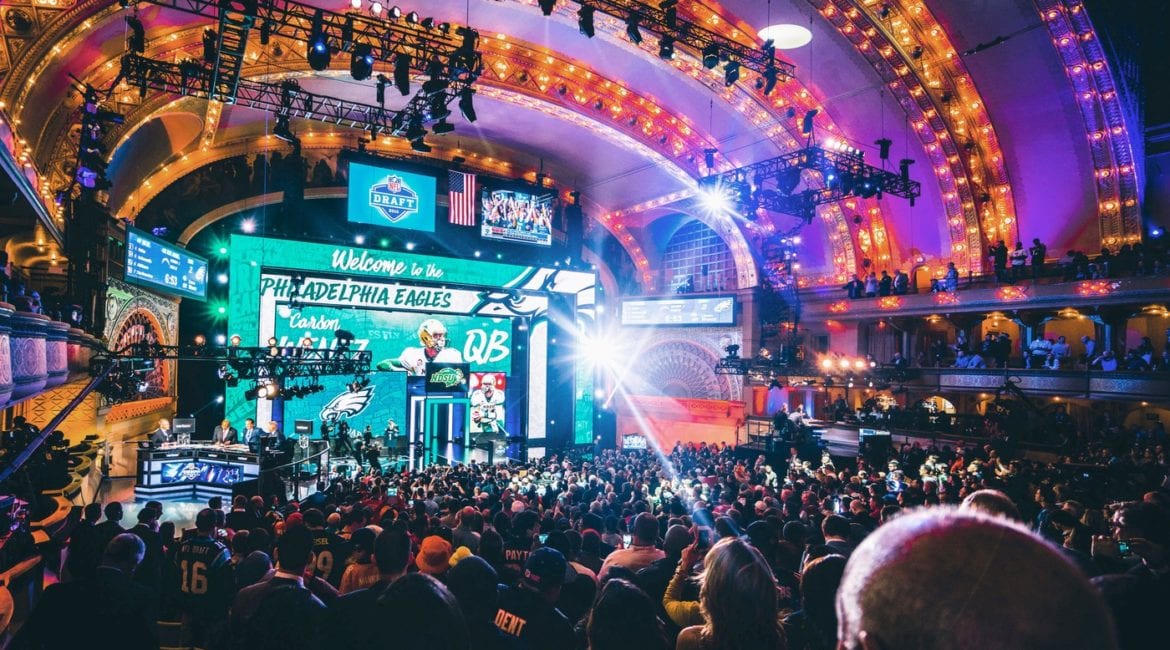 Stop me if you heard this before: the New York Jets are in the midst of a rebuild. Sound familiar?

As you prepare for another season of vanilla football at a half-empty stadium, you do have something to look forward to as the NFL Draft approaches Thursday evening. For this day represents a time in the sport when optimism fills the hearts of passionate fans hungry for a playoff run – whether they know the playoffs are a lock or not.

Team officials will gather in Philadelphia on Thursday and sit at their labeled tables in a calm and orderly manner. Fans will gather at the local watering hole, clad in their cult-like colors, ready to burst with accepting cheers or rousing jeers.

Jets fans are certainly never shy of making their voices heard. We know that.

Whether you watch the draft on Thursday or not, the Jets will plant a seed they hope will sprout into something special. It worked with Muhammad Wilkerson, Sheldon Richardson and Leonard Williams. If you look back a few years, it worked with Nick Mangold and Darrelle Revis. New York’s front office hopes this Thursday will be another baby step in the right direction.

That is the beauty of draft day. The sky is the limit for these young men entering the National Football League. This is the first day of the rest of their lives, or at least for the next 10 to 15 years.

There is no question the Jets have plenty of holes to fill, more than one Top 10 draft selection can fix. Their defense was a train wreck in 2016 while their offense was a stalled jetliner – unable to lift off. The Jets were caught between a rock and a hard place. But, let’s get something clear. While, the sixth overall pick in the draft will not save this franchise – at least in the short term – this is part of the answer this franchise needs to return to respectability.

So, where do the Jets go from here? Do they decide to trade up or down? What is their biggest need?

I have always been a member of the “go for the best player available” platform. The Jets did it with Leonard Williams, who arguably was the best player in the 2015 draft class. If a team can draft a fantastic talent while satisfying an important need – well – you struck gold. This means, if the Jets believe Mitch Trubisky or Deshaun Watson is the best possible option, go for it. Trust your scouts.

In this case – sitting at number six – the Jets must assess their situation and understand the chance a prospect they scouted may not fall in their direction. Jets fans, you have to understand this, too. For example, the talented Myles Garrett will likely not be available. The same may also be said about Leonard Fournette. Then again, this is all speculation. There is no correct way to accurately predict a draft. You are not in the head of each team’s general manager despite understanding needs and desires.

General manager Mike Maccagnan has his hands full. After a dismal 5-11 season, potholes turned into craters. Instead of the simple Band-Aid solution, Maccagnan needs to build around some of the young pieces New York has, while infusing more young talent. That will allow a young core to grow and mature together while going through the trials and tribulations of a 16-game season. With no expectations entering next season, Jets fans should appreciate the knowledge and experience these young pieces will gain after facing Tom Brady twice, Derek Carr, Matt Ryan and Cam Newton, to name a few.

On draft day, the Jets need to address their secondary and tight end position while gaining depth on their underrated offensive line (yes, I am a big fan of Kelvin Beachum, James Carpenter, Brian Winters, Wesley Johnson, Brandon Shell and Ben Ijalana) and in the backfield at running back.

As of now, Buster Skrine, Marcus Williams and Morris Claiborne are the starting corners. Safeties Calvin Pryor and Marcus Gilchrist are coming off disappointing seasons. Lastly – although Rontez Miles is solid – how much can you rely on him starting a bulk of the time?

Matt Forte is getting older and his knees are becoming less reliable. Who will be the next option with Bilal Powell?

The main concern is at quarterback. Is Bryce Petty or Christian Hackenberg the answer after Josh McCown plays his way to the bench in late October?

My advice to the New York Jets: be smart and trust your instinct.

Rome wasn’t built in one day; neither was the 60-year-old New York Jets. In this case, they are still being built.