The Top 5 Robby Anderson Moments: a Tribute to the Sun God 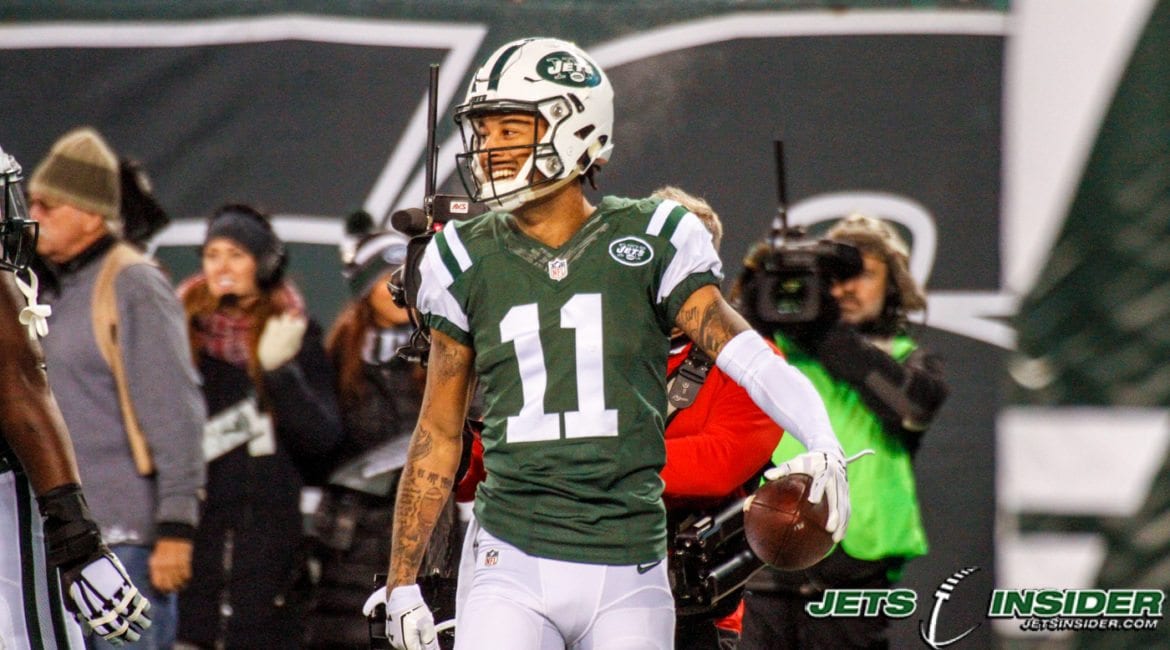 Robby Anderson is a free agent for the first time in his career, and it’s very possible that he leaves the Jets to sign with another team. Anderson’s potential departure has hung like a shadow over the hearts of the Jets fanbase, as he’s gradually become one of the most popular players the team has had in decades. He’s a rare homegrown success story for a franchise that has far too few of them: a scrappy, UDFA who went from having to fight his way onto an NFL roster to being one of the premier deep threats in the entire NFL. But the tendrils of Anderson’s popularity burrow far deeper than that.

It’s his personality, idiosyncrasies, and head scratching “Robby-isms” that have made him such a larger than life character. As the sun might be setting on his time in New York, it’s a time for reflection. I humbly submit this tribute at the alter of the “Sun God”. These are just some the moments that made Robby Anderson a star:

That time he threatened Antonio Brown way before it was cool

So many players grumble about being forced to switch positions. But not our King Robby. He’s a true team player. In fact, Robby Anderson once, seemingly unprovoked, suddenly threatened to switch to safety just so that he could hit Antonio Brown. Just for no reason at all. While Brown tried to laugh the threat off, he soon fled the NFL entirely just to escape Robby’s wrath.

That time he revealed his psychic powers to the world

But how could Robby have possibly known what a bad guy Antonio Brown was before we did? Perhaps it has something to do with the awakening of his third eye. After making an incredible, contested touchdown catch against the Steelers, Robby revealed that he had already foreseen the play in a prophetic vision.

We now know why Robby styles his hair to look like a friendly cartoon octopus; he has gazed into the future and seen that it’ll eventually be in style.

That time he was a fashion icon.

This fit is so tough it could get into the “Salty Spitoon.” Enough said.

That time that he put a diaper on his dog

Look at it. He even cut out a little hole for her tail. What a delightful enigma you are, Robby Anderson.

That time he caught Sam Darnold’s first ever touchdown pass

Okay, it’s the first MNF of the 2018 season, and our newborn, infant quarterback just threw a pick six on his very first pass. My phone exploded as my Giants supporting friends all eagerly piled onto my misery. And then, Robby did what fan favorites do: he pulled through for us. Darnold unloaded a 50/50 ball and Robby put the cornerback in the weight room; skying over his head and ripping the ball away in the end zone. My phone was eerily silent for the rest of the night as I watched the Jets blow out the Lions by thirty points.

If Robby leaves in free agency, I’m going to watch this clip over and over again with Post Malone’s “Better Now” blaring in the background. I’ll take solace knowing that no matter how much I cry, I’ll never be as miserable as the Lions fans in the front row.

And who could forget…the coup de grace

If you know anything about Robby Anderson, it’s these two things:

This tweet is one of the most inexplicably funny things I’ve ever seen. I wish I could write a one thousand page treatise on why exactly this seemingly banal tweet makes literally everyone laugh, but I don’t really understand it myself. For whatever reason, this was the tweet that made him a fan favorite. It wasn’t long before Jets fans crowned him “RA, the Sun God.”

He did, however, cause some confusion when he suddenly reversed his long held, firmly established opinion on the sun. Why are you playing games with our heart, Robby?

Whatever kind of disagreement he and the sun got into, they were clearly able to hash it out, because he then went back to liking the sun a few months later.

And so, it’s fitting that in a New York media market that demands stars, Robby Anderson’s star burns as brightly as the sun. Whatever happens Robby, whether you decide to leave or stay, we love you. But just like the sun, we’d like it if you could stay just a little later.