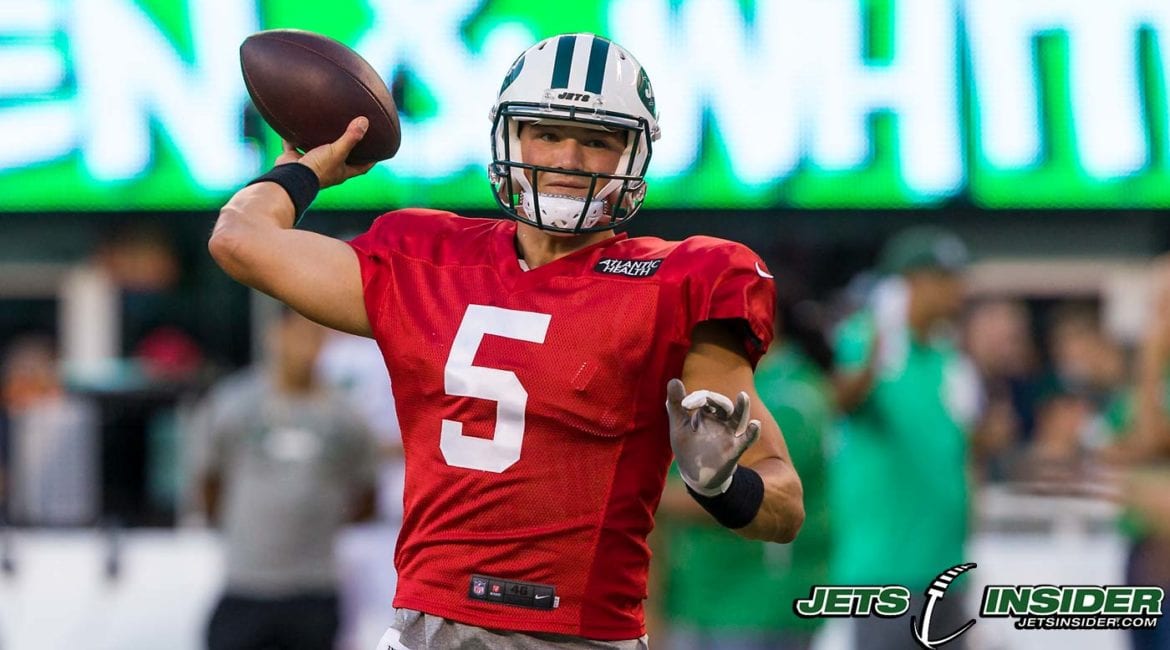 Fresh off of Saturday’s season opener against the Tennessee Titans, the Jets were back at practice earlier today. To the disappointment in the hundreds of fans who attended, the Jets came out sluggish and played without energy throughout most of the practice. Even though things got a tad bit more interesting when a fight between Kelvin Beachum and Lorenzo Mauldin broke out, it was one of the dullest practices that Head Coach Todd Bowles deemed “sluggish.”

1) Offensive-Line Struggles Again – We have seen it all year so far. The Jets defensive line has not only blown up the offensive line, it’s been embarrassing. Today was more of the same. The Jets defense sent wave after wave of blitzed that came and registered “sacks” on the Quarterback. At one point, Quarterback Cristian Hackenberg was “sacked” on four straight plays. While most football pundits would put blame on the QB  for holding onto the ball too long, that was not the case today. The majority of the QB’s throws would come on a three step drop, and they would immediately be met by a defender after only their second step. It is encouraging to know that the defense has the ability to put pressure on the QB, but it should alarm every fan for Gang Green that the Offensive-Line has not improved against the blitz.

2) Jamal Adams’ Growing Pains- No matter what position they play, rookies in the NFL will always have some days where they struggle. Whether it’s understanding a concept or play, or just being unable to read the opposition. Today’s practice showed just that for Jamal Adams as he struggled on almost every defensive period. On one specific occasion during a period going against the offensive line in a running game drill, Jamal Adams read the play incorrectly and was caught out of position that would end up being a 15-yard run. On another play, Adams was in the box and bit on a play action fake badly. The play ended up being a 20-yard completion. These mistakes should not worry anyone as Adams has still looked like a future stud. It’s also worth saying that the game of football is very complex and learning a defensive playbook as well as learning new reads and the opposing offense. For the most part, Adams has shown he can handle it, but today was not one of those days.

3) Hackenberg wins Day 12- I was one of the many people who were impressed with Cristian Hackenberg in the game against Tennessee on Saturday. Hackenberg went 18-25 for 127 yards. He did not throw any TD’s, nor did he really stretch the field vertically, but the most promising stat is that he did not turn the ball over the entire time. When judging young QB’s it’s important to see the QB’s decision making. Hackenberg was very solid. During today’s practice, Hackenberg looked like the best Quarterback on the roster. While he wasn’t immune to the typical terrible throws, for the most part, Hackenberg looked very relaxed during the team sessions. His best throw of the day, unfortunately, ended in a dropped pass by Robby Anderson. Anderson has beaten his defender by an out-and-up into the right seam but was being covered by the safety. Hackenberg then placed the ball beautifully where only Anderson could catch it. It was an impressive throw that was dropped by Anderson. While Josh McCown took the majority of the first-team reps again, Hackenberg got a ton of reps, especially in the red zone and two-minute drill. While McCown is still the clear favorite to win the QB Battle, Hackenberg fans everywhere should be happy to know that the Penn State product has shown improvements the last few days.