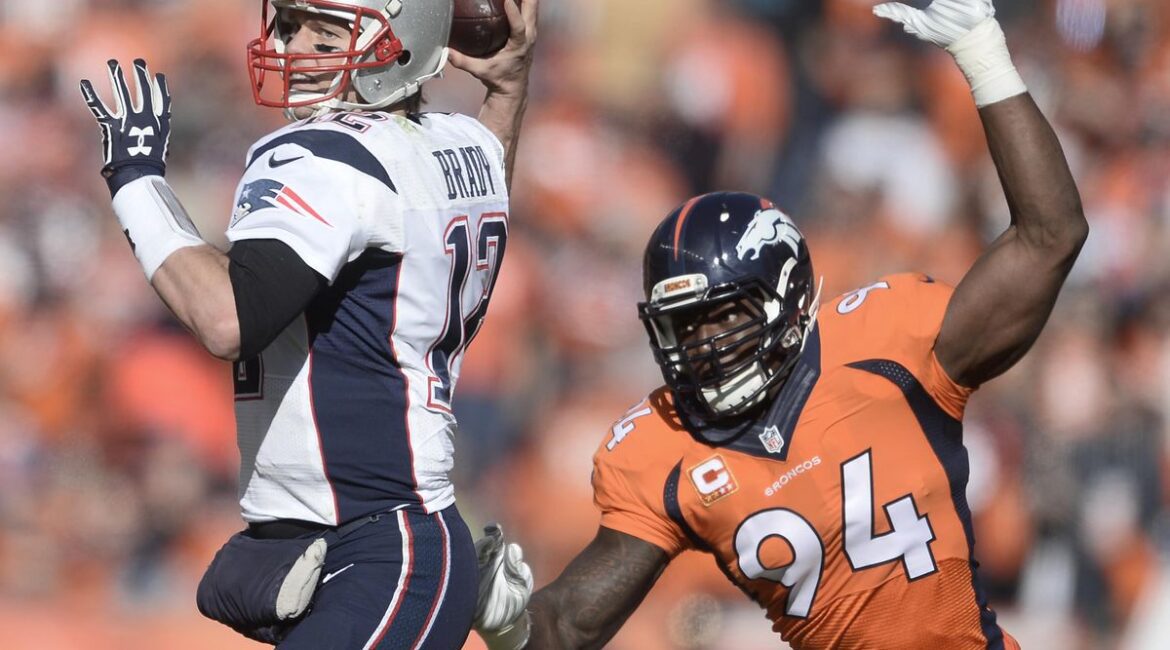 In no particular order, here are 11 of the best No. 11 overall picks in NFL history as the Jets get set to make the 91st-ever selection in that spot.

Ware’s 138.5 career sacks ranks ninth on the all-time list and is tops among No. 11 picks. He also ranks second among the group with nine Pro Bowl appearances.

Freeney sits at 18th on the all-time list with 125.5 sacks, which puts him in the second spot among No. 11 picks behind only Ware. His total of 218 regular season appearances ties him with Roethlisberger for the most.

Watt is 42nd on the all-time sack list (96.0) despite ranking 98th among the top-100 sack leaders in games played (112). His career average of 0.857 sacks per game is currently the best in league history among players with at least 100 games played.

Willis was a seven-time Pro Bowler and five-time First-Team All-Pro throughout his eight years in the league. He led the league in total tackles twice and averaged 135.7 per 16 games throughout his career.

The eight-time Pro Bowler and Hall of Fame inductee is ranked 15th all-time with 85 receiving touchdowns, which also gives him the most total touchdowns among No. 11 picks. His total of 106 career approximate value (estimate of total impact) is tied with Irvin for second among No. 11 picks, behind Roethlisberger (125).

Wilber was a three-time Pro Bowler and two-time First-Team All-Pro throughout his 12 seasons, the last of which (1995) came with the infamous Kotite-led Jets. He is tied with Watt for fifth among No. 11 picks in approximate value (98).

Biletnikoff was a six-time Pro Bowler for the Raiders and sits at 32nd in league history with 76 receiving touchdowns, which is the second-most in Raiders history behind Tim Brown and the second-most among No. 11 picks behind Warfield.

Nomellini is tops among No. 11 picks in Pro Bowls (10) and First-Team All-Pro appearances (6). The native-born Italian is fifth in 49ers franchise history in games played among defensive players (174).

Gifford collected 77 total touchdowns in his career – 43 receiving, 34 rushing – second-most among No. 11 picks. He was an eight-time Pro Bowler and four-time First-Team All-Pro for the Giants.