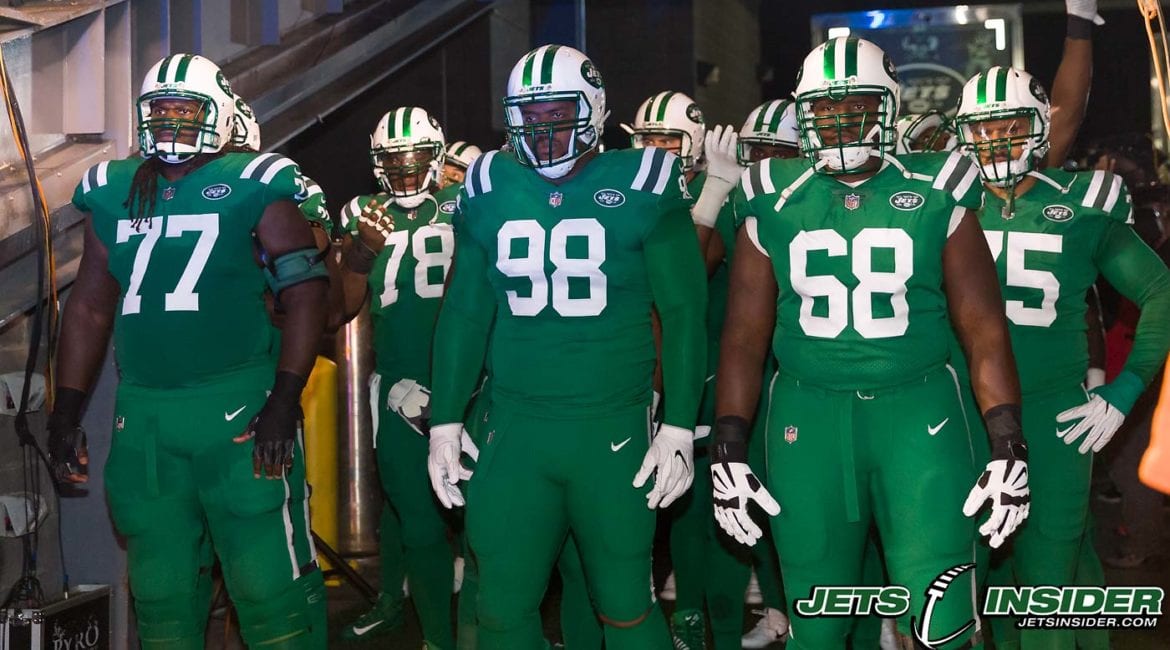 Was Michael Corleone a New York Jets fan? He very well could have been. His classic line in The Godfather: Part III more or less describes what every Jets fan is feeling on Monday, November 20, 2017.

“Just when I thought I was out… they pull me back in.”

Surely the Jets were figuratively eliminated from postseason contention after that battle of ineptitude in Tampa Bay two Sundays ago. Right? There was no chance – after Josh McCown looked like a veteran mess throwing 23-of-39 for 262 yards, one touchdown and one interception – to rebound. The team looked too inexperienced to hold leads or bounce back when faced with adversity. But, the NFL will continue to be the NFL. That entire “any given Sunday” mantra is alive and well. Think about it like this: the Kansas City Chiefs beat the Philadelphia Eagles and New England Patriots this year; the New York Giants beat the Chiefs on Sunday; the San Francisco 49ers beat the Giants the week prior; therefore, the 49ers are the best team in the NFL. Clearly.

The point is, just when you thought you were done rooting for the Jets to make a nothing-short-of-a-miraculous-playoff-run and fully embrace the tank for what seems like the seventh time this season, the football gods said: “Jets fans, here is another dosage of confusion and heartbreak.”

Last Thursday, the Tennessee Titans lost brutally to the Pittsburgh Steelers. On Sunday, the Miami Dolphins, Buffalo Bills and Oakland Raiders all dropped their respective contests. Though the Baltimore Ravens shutout the Green Bay Packers, their record is a mere 5-5. Mathematically, the Jets are one game out of the final Wild Card spot. It’s remarkable. Cue Michael Corleone.

If the NFL has taught you anything, it is to expect the unexpected. How did the 1-8 Giants (at the time) beat the 6-3 Chiefs, who came off a BYE? How did the New Orleans Saints narrowly escape an overtime loss against the Washington Redskins? This means, although the Jets sit at 4-6 with the elitists coming to town the next two weeks, there is a legitimate chance by 4:15 p.m. on Sunday, we are sitting with our hands over our head saying: “what the actual —- is going on?! Who are these Jets?”

The next two weeks will tell Jets fans a lot about their team (then again, we said that before they faced the Patriots and Atlanta Falcons). The Carolina Panthers and Chiefs have scheduled visits to MetLife. With the latter recently getting embarrassed by MetLife’s other tenant, a split for the green and white may not be out of the realm of possibility. However, if the Jets drop the next two – as expected – it will be time, once again, to attempt to improve their draft stock without declaring an official “tank.”

It may only take nine wins to reach the postseason this year. By NFL logic, if the Giants could handle the Chiefs and Broncos, the Jets could as well. New York should be able to beat the Chargers at home. In Week 17, New England will have the AFC’s top seed all locked up, so starters may be removed. Stranger things have happened. When you get the chance, play around with the ESPN NFL Playoff Machine. You can live out your Jets’ playoff dreams.