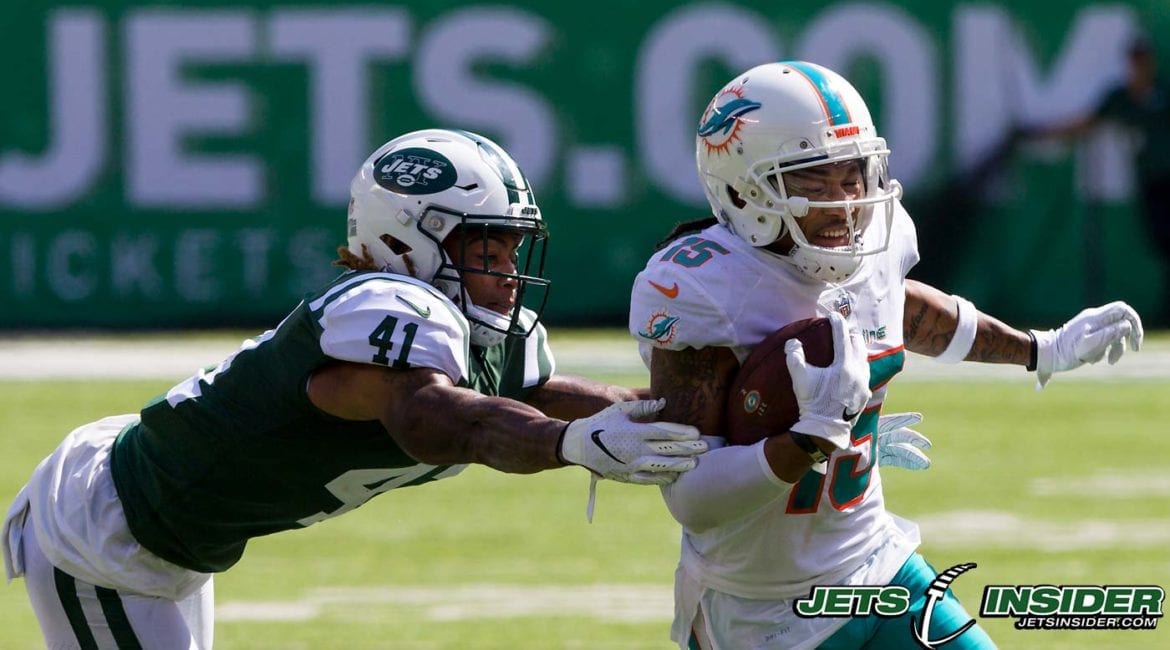 The Jets travel to Miami for week nine to face their division rival Miami Dolphins for the second time this season following a crucial two game losing streak. In week 8 the Jets offense looked flat and lethargic at times against the Bears, totaling 207 yards against a Khalil Mack-less defense.

Now they face a different scheme in Miami. With Ryan Tannehill out with a shoulder injury, backup Brock Osweiler steps in. Osweiler has been solid in relief this year, throwing for 895 yards in three and a quarter games while tallying six touchdowns and only three interceptions.

The Dolphins are currently on a two-game losing streak where they have seen their defense gashed in both games for a total of 749 yards and 74 points. Injuries to cornerbacks Xavien Howard and Cordrea Tankersley continue to play a part in those lopsided numbers. Howard is listed as questionable with an ankle injury while Tankersley has been ruled out for the rest of the season with a torn ACL.

As for the Jets on offense they will have plenty of opportunities to try to push the ball. Two key pieces remain in the balance as Head Coach Todd Bowles has not ruled out wideouts Robby Anderson or Quincy Enunwa for Sunday’s contest.

With the division slowly fading away, Sunday’s game becomes even more important for Gang Green. A 3-6 start would sink them further away from playoff contention while also being swept by a mediocre Miami club.

Though Sam Darnold has gone through his fair share of ups and downs in his rookie season the ability to not shy away from gunslinging is something that Darnold possesses. He will have to do the same Sunday. Lets face it, the Dolphins pass defense, which allowed a monstrous five touchdown game to Deshawn Watson last week is clearly the weak part of this team. Injuries to major secondary pieces, including star corner Xavian Howard could open the passing game for Darnold and the Jets. If they want to improve to 4-5 on the season, it must come from the arm of number 14.

One of the biggest bright spots the past few weeks has been the surge of Kenyan Drake. In the past four games he has two touchdowns, while averaging 6.2 yards per carry. He’s fast, he’s elusive and is also a major force in the passing / screen game. Drake has 17 catches for 142 yards in his past four games. Osweiler clearly has grown a rep with him over these past few weeks, so it would not surprise anyone to see Drake leading the offensive charge.

In the past two ballgames the Jets have forced zero turnovers coincidentally resulting in zero wins. In the earlier stages of the season the motor to get after the quarterback and force turnovers was more prevalent, especially with the five they caused on opening night. Oftentimes the turnovers have led to shorter field position and ultimately more capitalized drive. Osweiler is no pro bowl quarterback, as he often takes risks in the middle of the field. If the Jets can force a few turnovers the game will come easier to them, especially on the road. In the second half of the first matchup with Miami they held them to zero points, a bright spot to build on heading into Sunday.

Sam Darnold must be that guy come Sunday. He has played inconsistently for the past two games but a division win on the road would be the perfect remedy to the Jets struggles. He will have more than plenty of opportunities to air it out heavy against this weak pass coverage. At times Sam has shown the capability of leading comfortable drives against porous defenses, Sunday should be no different.

New York 20, Miami 13. The Jets will hold onto this one to improve to 4-5 on the season and split the series against Miami. Sam Darnold will have a day against the ailing Miami defense to give the Jets their first division victory on the season. The Jets offense must be the powering force if they want to come out of Miami with a victory.