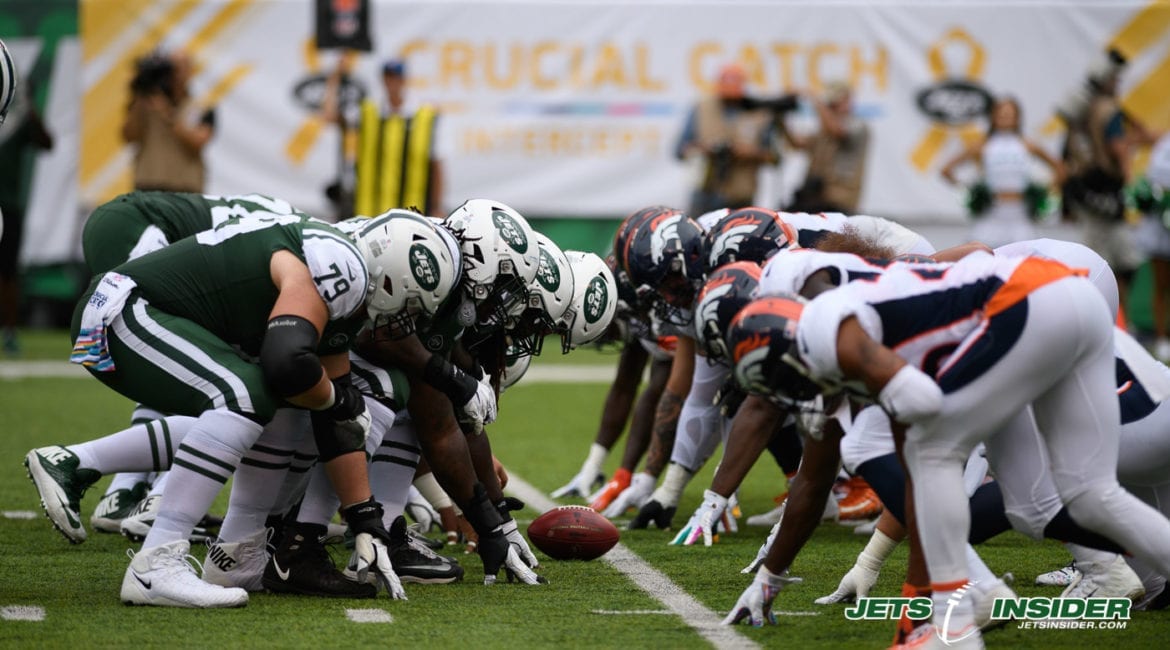 The New York Jets will be back home Sunday to host the Denver Broncos. Denver enters this contest with a record of 2-2 coming off a disappointing loss to Kansas City on Monday night.

Denver, known for its great defense over the past few seasons hasn’t been as prolific on the offensive side of the ball since their Super Bowl win in February 2016. With that said, the Broncos have added some key players on both sides of the ball that have really helped make an impact.

On offense, the Trevor Siemian experiment is done as the Broncos landed quarterback Case Keenum in the off-season. Keenum is coming off his best season with the Minnesota Vikings, throwing 22 touchdowns, completing 67.6% of his passes, racking up 3,547 passing yards and leading Minnesota to the NFC Championship game. The additions of rookie running backs Royce Freeman and Phillip Lindsay has helped the Bronco’s running game. Lindsay was an undrafted free agent out of the University of Colorado Boulder who is averaging 6.0 yards per carry and in three games has rushed for 198 yards.

On the defensive side of the ball, Denver added cornerback Adam Jones in the off-season. Jones is known for having legal issues off field but is still an effective player and was a Pro Bowler in 2015. In the draft, the Broncos selected Bradley Chubb with the sixth overall pick. Chubb was considered one of the best defensive players in the draft and is currently an outside linebacker playing opposite of Von Miller.

Most notable departures for the Broncos are running back C.J. Anderson and cornerback Aqib Talib who left the Broncos in the off-season. Anderson, a Pro Bowler in 2014, was released and joined the Carolina Panthers. Talib, a five time Pro Bowler was traded to Los Angeles Rams at the draft.

The Jets and Broncos have met four times since 2010. The Broncos currently are on a three game winning streak against the Jets. Here are some more details about Sundays matchup.

Offensive Line Needs To Hold It Together: This is going to be a consistent key to every Jets game this season. The Jets offensive line has faced some formidable players the last two weeks which have included Myles Garrett, Calais Campbell, and Yannick Ngakoue. They’ve failed to keep the pressure off Sam Darnold and have forced him out of the pocket, throwing check downs or throwing the ball away. In addition, the running game has been going nowhere. Last game, they only had 34 rushing yards total on 14 attempts against the Jags who can give up sizeable yardage on the ground. This week, the line will have to face a tough front seven which consists of Von Miller, Chubb, and Derek Wolfe. If the offensive line can’t contain the Broncos defense or open up holes for running backs, it is going to be a long afternoon ending the same way it did in Jacksonville.

Pressure Keenum From The Outside: Broncos tackles, Garrett Bolles and Jared Veldheer, had some troubles blocking the Kansas City’s pass rush on Monday night. They didn’t consistently give up sacks or yardage but they are weakest links that should be exploited for Sunday’s game. Frankie Luvu and Jordan Jenkins need to take advantage of Bolles and Veldheer and put pressure on taking Keenum down. If they can pressure Keenum on a consistent basis, the safeties can drop back into coverage and avoid the blitz.

Close The Holes Against Bronco Running Backs: The Broncos have been more successful with the running game this season than through the air. Lindsay and Freeman have been a terrific duo as they have earned a combined 486 yards and five touchdowns. The Broncos offensive line has provided them open holes and this something the Jets will need to plug with the 3-4 scheme or run blitzes.

X-Factor: Quincy Enunwa has been Darnold’s favorite target this season, making the biggest impact of all the wide receivers on the team. Opposing teams have had the most success with short passes against the Broncos, then gaining yards after the catch. Since Darnold has been subjected to constant pressure, he has experience making quick throws. Enunwa will likely be Darnold’s first option and if he can make some quick catches, he could gain enough yardage to move the chains. The Jet offense needs to run up the time of possession to give the defense some rest and keep them off the field.

Prediction: Broncos 21, Jets 10 – The Jets will be limited once again going up against another a great defense. The duo of Chubb and Miller will overpower the Jets offensive line putting too much pressure on Darnold. But if the Jets can keep the pressure off, put pressure on Keenum and cancel out the Broncos running game, then they will have a shot at making a game of it.