JetsInsider.com > News > Blogs > What Would/Should Jets Do If They Got First Overall Draft Pick? 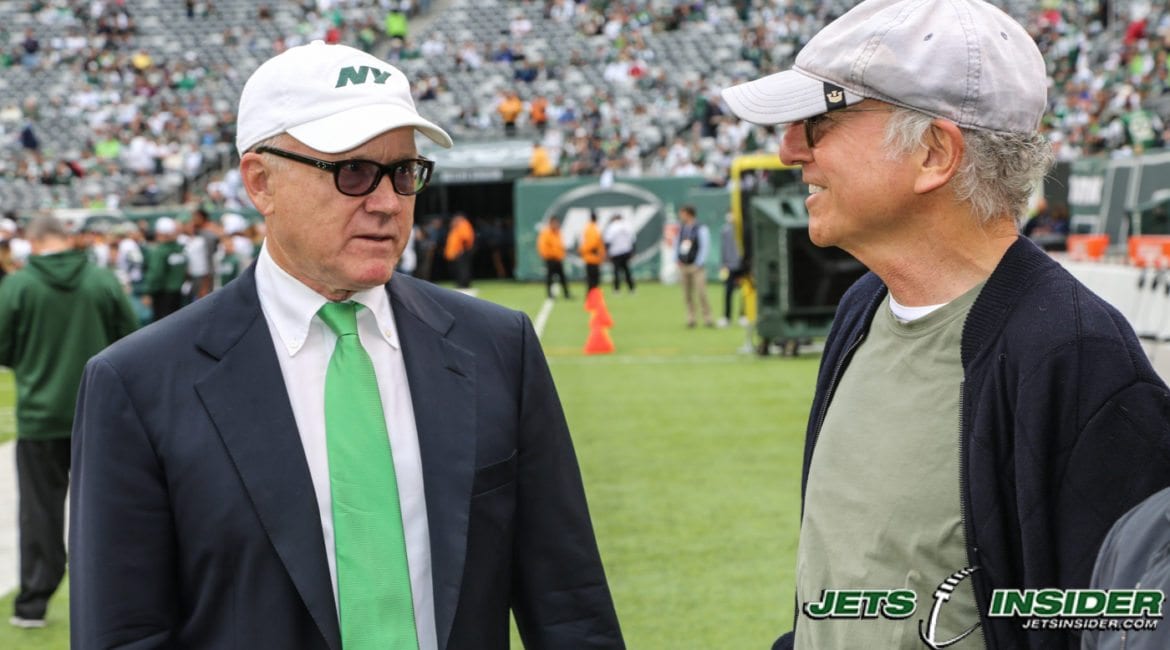 Let’s start this conversation by admitting it’s way too soon to be having this conversation. But I was asked some version of the question before the season started and got many more versions yesterday. There’s no reason to think these questions will go away anytime soon.

The Jets will continue to look bad and depress their fans. Naturally, fans will start to look towards the future. That’s the cycle of life for Jets fans. So it is too soon to ask this question, but people will ask anyway. And eventually it won’t be too soon so, I figured I’d get out in front of it. Instead of trying to have this conversation on Twitter every week, I decided to have it here and now.

Before I get too deep into this, let’s get this out of the way. In this hypothetical scenario, and every other possible scenario, I’m going to assume Adam Gase gets fired before the start of next season.

When asked a version of this question in the offseason my answer was simple. If the Jets were so bad that they were in position to draft Trevor Lawrence, without having to trade up, then they would absolutely draft him. However, if they need to trade up in order to get one of the quarterbacks then Sam Darnold would get another year to prove himself.

Joe Douglas didn’t start to accumulate draft capital just to trade it away for one player. If he did that then he would be be back in the same position Mike Maccagnan was in. He would have a promising, young quarterback on a really bad roster with limited ways to improve said roster. In this scenario Douglas would have to nail every draft pick and 80 percent of his free agency signings for this to work. In this scenario the promising, young quarterback would be set up to fail in many of the same ways Darnold has been set up to fail.

We can all sit here and debate how good Darnold is or isn’t. How good he was or wasn’t coming out of college. But we can all agree that the Jets did less than nothing to help Darnold succeed. They at least had Robby Anderson, then they let him walk to sign Breshad Perriman. Look at all the other teams with young quarterbacks, they all made sure those quarterbacks were surrounded with weapons. All of them except the Jets.

No one will ever be able to convince me that Darnold didn’t have the talent to become a very good starting quarterback. But I can certainly start to believe that he has been ruined by inept coaching and roster construction. We’ve seen poorly run organizations ruin quarterbacks before and this is exactly what it looks like. This isn’t to say that it’s completely over for Darnold. He might even be able to turn it around here, if he got the exact right coach and exact right weapons to work with. But as it stands it sure feels like the best chance Darnold has to prosper is to go elsewhere. And if the Jets finish with the first overall pick that’s going to mean Darnold didn’t play well enough to stop Douglas from taking Lawrence.

There’s two schools of thought that would be in play in this currently hypothetical scenario. You can just draft the quarterback and go hard at building up the talent around him. Shore up the offensive line and get him some weapons. Or you could focus on building the rest of the roster up first, before adding a new quarterback. Both methods have merit, but the second option leaves far less room for error.

The second option is much more difficult to pull off. That option would basically require getting extremely lucky and hoping to find a Russell Wilson type available in the third-round. Building up the rest of the roster first means that you won’t be able to draft one of the top quarterbacks in the draft. This means you’d have to take a chance on someone that other teams felt were too flawed to be drafted higher. Sure, it’s possible but it’s not something you can bank on. Far more draft picks are wasted on quarterbacks in rounds-two-through-seven then gems are found.

They could always go the veteran placeholder route. Build up the roster then sign a Ryan Tannehill or Teddy Bridgewater type. That will likely be good enough to make the playoffs, maybe even win a playoff game or two. But eventually you’ll run into a team who that quarterback simply isn’t good enough to beat. Of course there’s exceptions to this rule as well, I’m looking at you Nick Foles. But even that required a nearly flawless roster outside of the quarterback and a lot of luck. That’s not maximizing your chances of success. That’s letting your chances of success ride on a statistical improbability.

The argument against taking a quarterback number one is that you’d end up in the same scenario that Maccagnan was in when he took Darnold. But the situations aren’t as similar as you think. Maccagnan had to spend draft capital to trade up to get Darnold. He had less draft picks to work with and basically ignored the offensive line in the draft. Douglas just traded Jamal Adams, now he has two first-round picks and two third-round picks this coming draft and two more firsts in the following draft. That means Douglas could take Lawrence and still draft offensive line or receiver with the other first-round pick. Go either receiver or offensive line in the second and do it again twice in the third. Then double up again in the first-round the following year.

In this scenario I’d recommend drafting all offense for that first year. I wouldn’t care about defense at all in that first year, I’d do everything in my power to help the rookie quarterback succeed. Then build up the defense in the following years.

It’s absolutely fair to have your doubts and concerns about Douglas. He absolutely botched the receiver situation this offseason. Plus you’re Jets fans, you should have a healthy skepticism about everything this team does until proven otherwise. But know that Douglas is going to continue to make the offensive line a priority. And so far Mekhi Becton is proving to be a feather in Douglas’ cap because the kid is going to be a star.

But you can’t argue against taking the path with the most chance of success just because you don’t trust the people making the decisions. If that’s the case you should be arguing even more in favor of taking the path to maximize your chances of success. Also, I promise you Douglas isn’t taking your doom and gloom approach. No matter how understandable your doom and gloom mindset is, Douglas doesn’t share it.

And I can’t follow your approach either. Otherwise I would’ve simply given up on everything when 12-year-old me first proclaimed, “life is pointless.”

Trevor Lawrence is that path.

Again this entire article isn’t about Darnold. I hate that I have to do this to him. He’s still super young, I believe in his talent and ability but the Jets set him up for failure. If they end up with the first overall pick they will be in a much better place to not fail Lawrence. The extra draft picks, the GM that at least knows offensive line is important, and plenty of future cap space flexibility.

The closing argument is this simple fact, Lawrence is a much better prospect than Darnold was. Lawrence is the best quarterback prospect since Andrew Luck. If you have the chance to get that guy, without trading up, AND you still have a lot of draft capital to work with, you take that guy. Apologies to Darnold, life isn’t fair and you got the shaft. But if this hypothetical plays out, I’ll take my chances building around a promising, young quarterback who doesn’t need to be completely rebuilt.