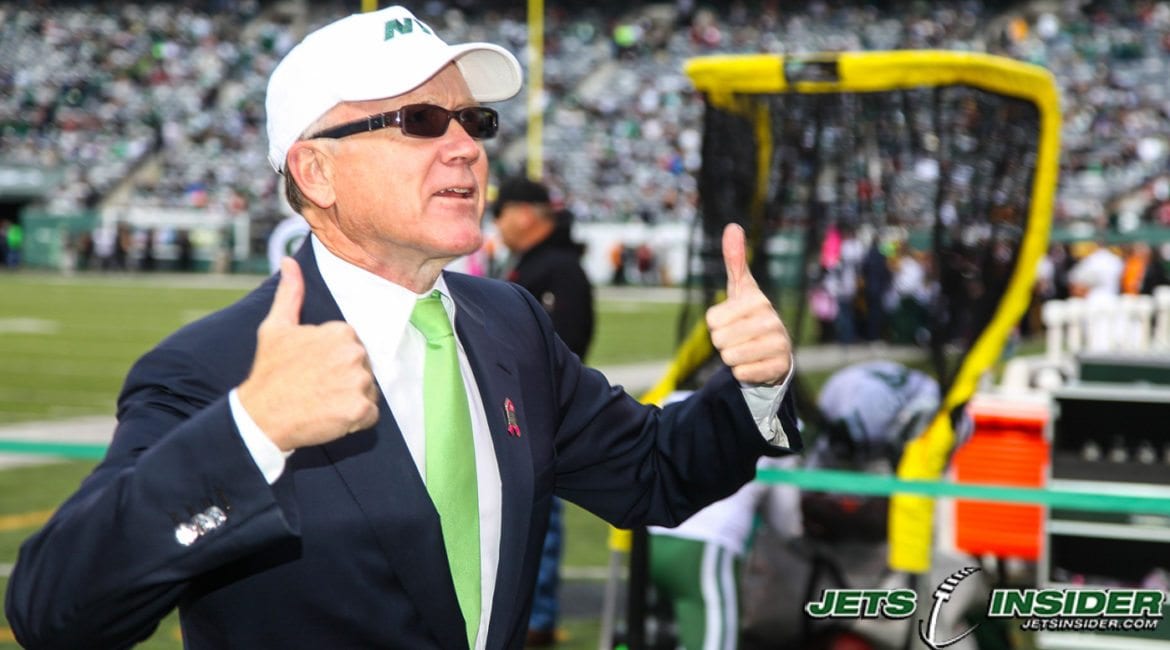 FLORHAM PARK, NJ – Since Donald Trump won the election in November there has been rumors that he would be nominating Jets owner Robert Wood Johnson III as his new Ambassador to the UK. Trump even mentioned it in public a few times but no official announcement has been made until today.

In a release by the Jets, Johnson’s appointment is imminent, pending Senate approval. Here is the complete announcement.

PRESIDENT DONALD TRUMP INTENDS TO NOMINATE WOODY JOHNSON, NEW YORK JETS CHAIRMAN AND CEO, TO SERVE AS AMBASSADOR OF THE UNITED STATES OF AMERICA TO THE UNITED KINGDOM OF GREAT BRITAIN AND NORTHERN IRELAND

Florham Park, NJ, June 22, 2017 – The New York Jets confirmed today that President Donald Trump intends to nominate Woody Johnson, team owner, Chairman and CEO of the New York Jets to serve as Ambassador of the United States of America to the United Kingdom of Great Britain and Northern Ireland.

If Woody Johnson is nominated and confirmed by the Senate, Christopher Johnson, his brother and an owner will become Chairman and CEO.  In that role, Christopher will directly oversee all day-to-day team operations.

“The New York Jets have been an integral part of our family since 2000, but this is a unique opportunity for Woody. His patriotism and commitment to our country have always been a passion of his,” said Christopher Johnson. “Over the years, we have learned that ownership of the New York Jets is a special responsibility. Personally, if Woody is nominated and confirmed, I would be honored to oversee the organization, continuing to build a team on and off the field that our fans are proud of and deserve.”

“On behalf of the entire organization, we would be extremely proud to see Woody nominated and confirmed as U.S. Ambassador. We could not be more excited for him and his family,” said New York Jets President Neil Glat.

Woody Johnson and his family purchased the NFL’s New York Jets on January 18, 2000. Woody, a fourth-generation member of the founding family of Johnson & Johnson, has built upon his family’s proud legacy of achievement as a successful businessman, civic leader and compassionate philanthropist.

Johnson has been a long time Republican supporter and fund raiser for the Party. As mentioned in the announcement, Johnson’s brother Christopher Wold Johnson will be taking over the daily operations of the Jets, assisted by Team President, Neil Glat. Chris Johnson, who is also an heir to the Johnson and Johnson family fortune is 12 years junior to his brother at 58 years old and has spent most of his life fairly under the radar. He has though according to Woody, been a part of the Jets’ organization since the purchase in 2000 from Leon Hess.