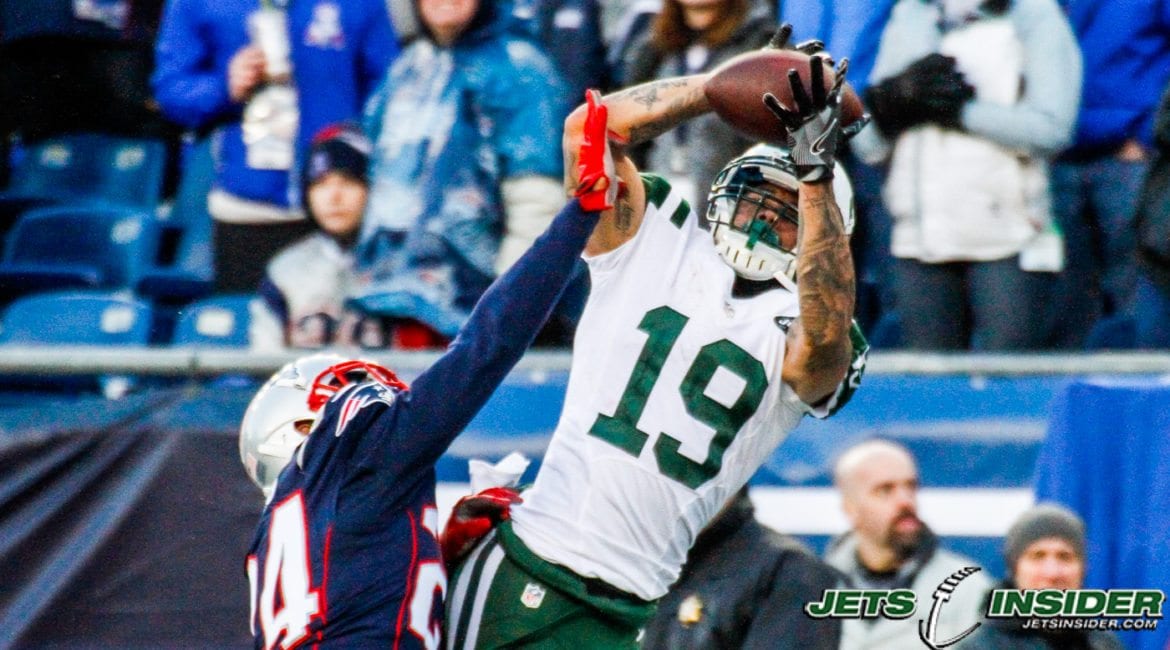 According to ESPN’s Rich Cimini, wide receiver Devin Smith tore the ACL in his right knee on April 17th before participating in the team’s first off-season workout. A recent MRI confirmed the tear. Smith will need surgery to repair the injured knee and will miss the entire 2017 season.

The ACL is the same one he tore in 2015 which led him to missing the tail end of the 2015 season and most of last year.

The former 2015 2nd round pick from Ohio State showed a lot of promise coming out of college but in two seasons with the Jets, Smith has only played in 14 games with 10 receptions for 135 yards, and one touchdown.

Currently the Jets have 13 receivers on their roster, and Jets GM Mike Maccagnan obviously had Smith’s injury on his mind during this year’s draft as he selected WR’s Alabama’s ArDarius Stewart in the 3rd round and Cal’s Chad Hansen in the 4th.